Lessons from a diabetes clinic in Malawi: why everyone should follow a healthy diet 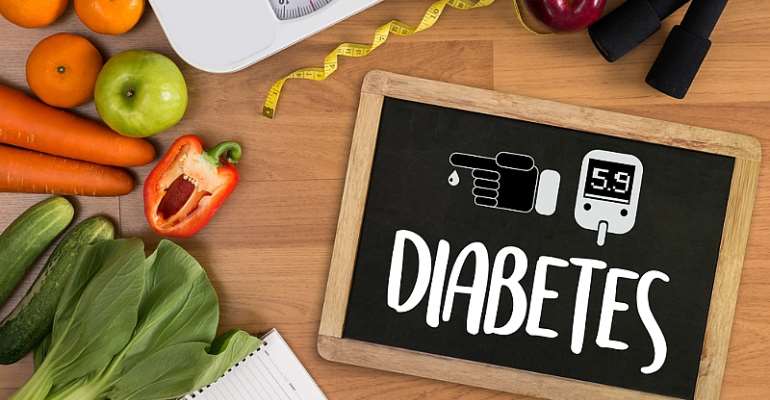 Many people with diabetes did not follow a healthy diet. - Source: Shutterstock

Diabetes mellitus is common in Malawi: over 268,000 adults live with the disease, and the number is expected to double in the next 20 years . It's a noncommunicable disease which occurs when the body can't turn food into energy properly.

Although the cause of diabetes is not well understood, it's linked to a combination of environmental and genetic factors. The most common type of diabetes, type 2, is known to be preventable .

Following a healthy diet and maintaining a healthy body weight are key to prevention and control of diabetes. For many people in Malawi, a diagnosis of diabetes means they must stop eating food they are accustomed to. A typical Malawian diet is high in carbohydrates, which are perceived to be satisfying and tasty . Breakfast often consists of maize flour porridge with sugar, and tea with sugar. Other starches like bread, sweetened fritters, sweet potatoes and cassava are also popular. Lunch and dinner often consist of nsima (thick maize meal porridge) accompanied by cooked leafy vegetables, legumes (beans, peas, cowpeas), eggs or meat (fish, chicken, beef or goat).

We conducted a study of people attending a diabetes clinic in Blantyre, Malawi, to understand how they were managing their diet and to identify factors that enabled or prevented healthy eating habits. Our study showed that many people with diabetes did not follow a healthy diet, or only started eating healthy food after being diagnosed with diabetes. They also found it difficult to change their diet after diagnosis.

We believe that to reduce the prevalence of diabetes in Malawi, efforts to promote healthy eating should target the entire population and not only people who have diabetes.

Our study took place at Queen Elizabeth Central Hospital diabetes clinic in Malawi. We interviewed 510 adults attending the clinic, to ask about their diets. The participants were men and women, from urban and rural areas, ranging in age from 18 to 88. They had been living with diabetes for different lengths of time.

On each clinic day, nurses or trained educators from the Diabetes Association of Malawi offer diabetes education. It focuses on the daily activities that people with diabetes should follow to keep their blood glucose under control and to prevent complications related to diabetes. The topics include healthy diet, exercise, medication adherence and how to care for the feet (which often suffer nerve damage from diabetes).

Around 51% of the people in our study reported that they had followed a healthy eating plan every day in the past seven days. But almost all (99.8%) reported that they had not been able to take at least five portions of fruits and vegetables every day in the past seven days. Although eating adequate amounts of fruits and vegetables is part of a healthy eating plan, the participants implicitly considered taking whole grain cereals, unsweetened beverages and a low fat diet as a healthy diet plan. On a positive note, almost half (48.5%) reported not taking any foods high in fats.

Our findings also showed that adjusting to a healthy diet was a challenge for many.

A healthy diet was perceived to be only for people who already live with diabetes, and not everyone else. All the study participants (100%) said they had adopted a healthy diet only after being diagnosed with diabetes.

Healthy food options were perceived to be limited and the locally available options, such as sugar-free tea or porridge, were mostly considered unpleasant in taste. In Malawi, added sugar in tea and porridge is a norm and the consumption of sweetened beverages is increasing .

One female participant had this to say:

It is not easy to just stop eating foods you are used to abruptly. You wake up one day, they test you, and on the same day they tell you to stop eating this, this and that. Impossible! Let's not cheat ourselves that it is possible right away.

Many people with diabetes were unclear on the recommended amounts of safer foods. Although many understood that whole grain cereals were healthy food, they were not sure about how much to eat per day.

Many relied on the appearance of the package to decide if the food was healthy or not. Failure to read food labels was common with bread, non-alcoholic beverages and sweeteners. For example, some considered any fruit juice packaged in a carton as sugar free. Reading food labels is important as it guides in selecting healthier options .

Our findings are similar to those of another study that assessed risk factors for non-communicable diseases in Malawi. The national study also showed that the general population did not take five portions of fruits and vegetables every day as is recommended .

A previous study among people living with diabetes in Malawi showed that many had poorly controlled blood glucose levels. As a result , many experienced damage to the nerves, kidneys, eyes and heart.

Other studies done in sub-Saharan Africa also suggest that many people in Malawi and Sub-Saharan Africa could be at risk of preventable diseases due to unhealthy diets. These diseases affect the physical, social and economic wellbeing of individuals, families and societies .

The World Health Organization recommends that interventions to promote healthy eating habits should target the entire population and not only those that have diabetes or other noncommunicable diseases . Population level interventions do not require individual behaviour change, and may be reinforced through policy and environmental changes .

For example, media and educational campaigns conducted in other countries like the US, Australia and Pakistan reported success in increasing the consumption of fruits and vegetables . A study in India showed that taxing sugar-sweetened beverages could reduce obesity and prevent occurrence of type 2 diabetes.

We recommend that education on healthy diet and its benefits be intensified through the media and schools to increase public awareness. Another strategy is to subsidise the cost of production of fruits and vegetables to make them more easily available to consumers.

The advantage of population based interventions is that they are cost effective and they benefit everyone regardless of whether they have diabetes or not.

Chimwemwe Kwanjo Banda receives funding from the Consortium for Advanced Research Training in Africa (CARTA). CARTA is jointly led by the African Population and Health Research Center and the University of the Witwatersrand and funded by the Carnegie Corporation of New York (Grant No--B 8606.R02), Sida (Grant No:54100113), the DELTAS Africa Initiative (Grant No: 107768/Z/15/Z) and Deutscher Akademischer Austauschdienst (DAAD). The DELTAS Africa Initiative is an independent funding scheme of the African Academy of Sciences (AAS)'s Alliance for Accelerating Excellence in Science in Africa (AESA) and supported by the New Partnership for Africa's Development Planning and Coordinating Agency (NEPAD Agency) with funding from the Wellcome Trust (UK) and the UK government. Chimwemwe is also a mentored fellow of the Non-Communicable Diseases (NCDs) Building Research Capacity, Implementation and Translation Expertise (NCD BRITE). The NCD BRITE is a national consortium funded by the National Institutes of Health (NIH), under the U.S. Department of Health and Human Services. Chimwemwe was also awarded a supplementary research grant for her PhD from the Ministry of Education in Malawi under the project Eastern and Southern Africa Higher Education Centers of Excellence II The statements made and views expressed are solely the responsibility of the Fellow not of the funders.

Adamson S. Muula receives funding from the University of Malawi, College of Medicine NCD BRITE consortium.The Consortium is supported by the National Heart, Lung, and Blood Institute of the National Institutes of Health under grant number 5U24HL136791-01. The content in this article is solely the responsibility of the authors and does not necessarily represent the official views of the National Institutes of Health. The authors report no relationships that could be construed as a conflict of interest. Prof Muula is the Director of the Africa Center of Excellence in Public Health and Herbal Medicine (ACEPHEM), funded by the Malawi Government through a credit from the World Bank's Africa Centers of Excellence II initiative.