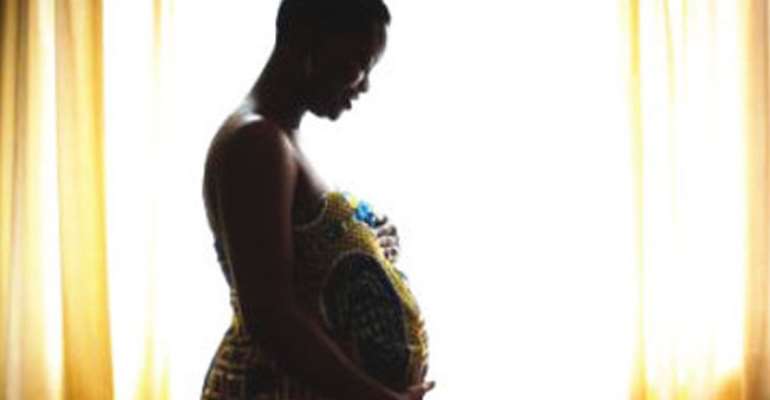 Across the globe, the needs of young people are recognized as important and worth investing. However, many young people, particularly young girls still suffer serious inequalities in health, education and social support. Among the many challenges faced by young people include unintended pregnancies, sexually transmitted infections, unsafe abortions, among others. Reports from the World Health Organization (2020) shows that on average, about 12 million girls aged 15–19 years and at least 777,000 girls under 15 years give birth each year in developing regions. Unfortunately, the WHO does not aggregate for one-time pregnancy and repeat pregnancy but, it can be inferred that these staggering statistics include girls who have had repeat pregnancies.

The weak social support system of developing countries in particular can be cited as one major enabler of repeat pregnancies. Often when an out-of-school gets pregnant and goes on to have another child before age 20, it is seen as an expected outcome because girls with low or no formal education tend to engage in risky sexual behaviours such as having unprotected sex and early sexual debut. And so, for such a case, the individual is blamed. However, when you have girls who are in-school getting pregnant, it becomes challenging. For starters, pregnancy was not averted while the girls were in-school; so what is the assurance that after their birth and subsequent return to school, the school system would have the safe space that can protect young people from having a repeat pregnancy?

Beyond the school itself, the overall educational system of some developing countries serves as an enabler for repeat pregnancies. For some countries such as Tanzania, girls would have to immediately drop-out of school simply because they are pregnant. One may argue that it is supposed to serve as a deterrent to other girls but the question is that has it been truly successful in reducing unintended pregnancies? The answer is a big NO. In the entire continent of Africa, only 26 (Gabon, Kenya, Malawi, Ghana, etc.) of the 54 countries have adopted “continuation” or “re-entry” policies, and strategies, to ensure that pregnant girls can resume their education after giving birth (Human Rights Watch, 2018). Hence, in countries where there are stringent policies on the accessibility of education to pregnant girls, they tend to drop-out and engage in manner of activities for survivorship which may cause them to have a repeat pregnancy.

Cultural inclination and dogmatism also plays a pivotal role in facilitating repeat pregnancy. In Africa, and Ghana to be precise, sexual communication between adults and young people is a taboo and an uncomfortable thing to do. Hence, young people rely heavily on their peers and the media for sexual and reproductive health education. In most cases, such conduits through which young people learn to express their sexuality tend to expose them to the risky aspects thereby resulting in unintended pregnancies and unsafe abortions. Even when the first pregnancy has happened, it is expected that parents and the community as a whole would have used this opportunity to provide accurate, youth-friendly sexual education; rather, they chastise the young person and stigmatize against them. Such behaviours may reinforce their trust and dependency on their peers and other means of sexual education. In the end, they end up pregnant again and the cycle continues.

If repeat pregnancy is left unabated, it may significantly exacerbate inequalities among young people. Already, young people are marginalized groups with limited resources. Therefore, any time a young girl experiences repeat pregnancy, in the absence of proper social support systems, that girl may probably drop-out of school. This may affect their ability to attain higher education, better rewarding jobs, among others. It is important to note that at any point in time, where there is repeat pregnancy, the male who is responsible for the pregnancy will still be going about his daily routines untouched and unperturbed by the issue. Hence, it is the girl who suffers. This situation alone can worsen gender inequalities, income inequalities and social inequalities. Repeat pregnancy has the potential to worsen health inequalities. Therefore, there is the need for all stakeholders including the government, Civil Society Organizations, Non-governmental Organizations, and others to make conscious efforts to reduce the incidence of repeat pregnancies.

One way will be the prevention of first time pregnancies through the provision of comprehensive sexuality education (CSE). By doing so, young people become aware of their bodies, the changes that comes with it, how to avoid pregnancies through abstinence for those who have not started having sex, and the use of contraceptive for those who are sexually active. Another critical step in reducing repeat pregnancy is to demystify the misconceptions communities and parents have about having sexual and reproductive health communication with their young ones. Sexual socialization is imperative to the health and wellbeing of young people; when parents, churches and schools deny them of this socialization, they are bound to find it in their friends for which the outcome may not be pleasant. No one is preaching against having beliefs and doctrines and morals. They are all important to young people, but denying young people information about their sexual and reproductive health may result in catastrophic implications which the society is not ready for. A well informed young person, is a well behaved young person. Stakeholder collaboration will be key in eliminating repeat pregnancy.

Human Right Watch (2018). Leave No Girl Behind in Africa. Retrieved from: https://www.hrw.org/report/2018/06/14/leave-no-girl-behind-africa/discrimination

WHO (2020). Adolescent pregnancy. Retrieved from: https://www.who.int/news-room/fact-sheets/detail/adolescentpregnancy