UAE-Israel Pact: Why Every Muslim Should Applaud Abu Dhabi Move 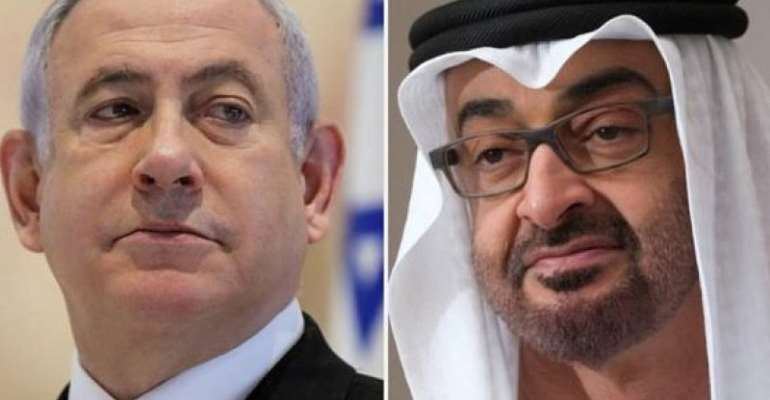 Uganda is yet to officially express its view on the August 13 agreement between United Arab Emirates (UAE) and Israel, involving normalization of diplomatic, commerce and defense cooperation. The delay is understood to stem from Kampala’s established foreign policy of non-interference in other countries’ affairs. Also Uganda’s stance for a two-state solution to the Israel-Palestine conflict needs no repetition.

As per the agreement, bilateral deals regarding investment, tourism, direct flights, security, telecommunications, technology, energy, healthcare, culture, environment, reciprocal embassies, and other areas of mutual benefit are due soon.

Rosy as it appears, however, a significant section of the Ugandan society, particularly the Muslim community is not impressed at all. According to a radio news bulletin of August 16, on Pearl FM, Ugandan Muslims expressed dismay and betrayal by UAE on the obligation to liberate the forcefully occupied territories of Palestine including Jerusalem. According to them, all Muslim and Arab resources should be directed towards the liberation of Al-Quds Masjid and Palestine territory and not to cooperate with aggressors. This, therefore, suggests existence of a communication gap for Abu Dhabi to fill among the millions who had faith in its global influence.

For the Muslim concerns Abu Dhabi just has to revisit authentic Islamic history. The current treaty carries all the hallmarks, features and good in the Treatyof Hudaybiyyah conducted over a thousand years ago in early days of the Islamic faith. This Treaty, signed in January 628 during the time of Prophet Muhammad (peace be upon Him) was a master piece of diplomacy between the state of Madina and the Qurayshi of Makka.

Like the current treaty is due to decrease tension in the Middle East region and affirm peace, the Hudaybiyyah treaty delivered a similar result between the polities of Madina and Makka. After Hudaybiyyah, the non-Muslim Quraysh of Makka stopped to consider the Muslims as enemies and for once, they recognized the Islamic state in Madina. The same is currently feasible not only between UAE and Israel but also between Israel and Palestine and other Arab and Muslim nations. The same way Huddaybiyyah enabled Muslims in Makka to freely practice Islam publicly, the current Pact will gradually lead Muslims in Israel to freely and publicly practice their faith. As constant struggles reduced between Muslims and the polytheists after Huddaybiyyah many people saw Islam in a new light, leading to several new converts. The same is imminent in current circumstances. The same way the Huddaybiyya treaty served as an example that Islam was not merely spread with the sword so will the current treaty. The Holy Qur’an (48:1) describes the Huddaybiyya event as “……a manifest victory.” The current UAE-Israel Treaty is similarly a clear victory not only for United Arab Emirates but also the entire Muslim Ummah.

However, what must be appreciated is that good things come at a cost. Even Prophet Muhammad had to painfully omit the inclusion of his important identities in the main text such as (Basimallah-or in the name of Allah and Rasul-Llah or Prophet of Allah), in order to successfully execute the Huddaybiyyah treaty. The rest was the resultant victory being enjoyed to this day by every Muslim who freely accesses Makka for religious obligations. Therefore, the fact that Israel has willingly committed to withdraw plans of annexing more Palestine territories in the Jordanian Valley without spilling a pint of blood is a critical diplomatic victory for which UAE must be applauded by every knowledgeable and visionary Muslim.