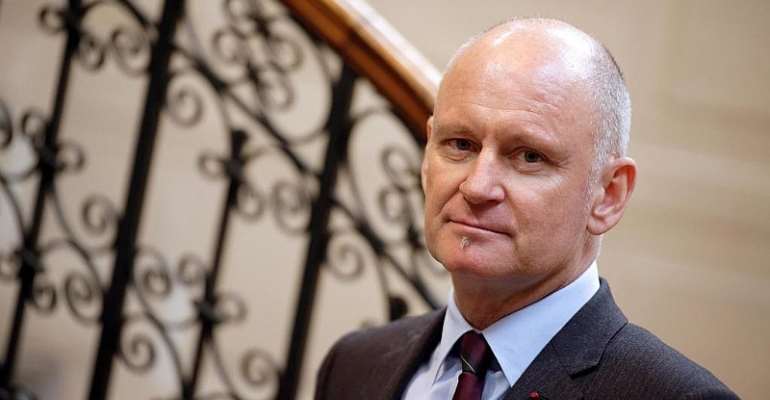 Christophe Girard, the ex-deputy mayor of Paris who resigned over links to the controversial writer Gabriel Matzneff, has denounced allegations of sexual abuse of a minor published in The New York Times.

The accusations come from 46-year-old Aniss Hmaïd, who maintains he was groomed at the age of 15 by Girard when they met in Tunisia, leading to a 10-year abusive relationship that he alleges left him with "long-term psychological injuries".

Girard's lawyer Delphine Meillet issued a response to the allegations published in The New York Times saying: "Christophe Girard refutes these indictments and will do so resolutely," underlining that she plans to sue the American daily for "slanderous defamation" of her client.

According to Hmaïd, as published in the article, Girard sexually abused him when he was 16 years old and coerced him into sex around 20 times over the following years.

In exchange, Hmaïd says that Girard occasionally employed him as a household worker in his summer residence in the south of France and "obtained temporary jobs for him in the Yves Saint Laurent [fashion] house" where he was one of the main executives before entering politics.

"He took advantage of my youth, my young age...for his sexual pleasures," Hmaïd claimed, adding that he considered denouncing Girard to the authorities but was dissuaded by his mother who considered him "too powerful".

Girard, who was cross-examined by prosecutors in March over links to the alleged Matzneff paedophilia affair, resigned on 23 July as deputy Paris mayor in charge of culture, after being condemned by elected environmentalists allied to Mayor Anne Hidalgo.

The investigators found that Girard, secretary general of the Maison Yves-Saint Laurent from 1986-1987), had provided financial support to Matzneff in the 1980s.

Matzneff was targeted by an investigation for "rape of minors" by the Paris prosecutor's office after the autobiographical novel by Vanessa Springora, in which she describes a sexual relationship with the writer when she was a minor.

Milovan Rajevac to earn US$30,000 monthly as Black Stars Hea...
3 minutes ago