Why Fintech Is Slow To Scale Today But Will Run Tomorrow 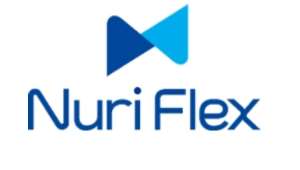 Financial technology (FinTech) has gained prominence over the recent decade.

On a global scale we have fintech appearing in the form of credit cards, stock trading apps such as Ameritrade, lending market place such as LendingClub, digital cash in the case of bitcoin, money transfer remittance with paypal, Neaobanks with Monzo, Online business loans with Kabbage etc.

The more the world want to share information faster, express emotions faster, do business and family transactions easier, faster, eliminate cash theft, and become a global village creates an opportunity for FinTech explosion in the future.

Despite fintech making a name, it still remains difficult for many companies and local authorities to adopt the technology. Some are been slow and some may not welcome the idea for several reasons. The governments remain a key promoter yet it ministries and many local assemblies have not fully bought into the idea which is making the transition slow, and unsure for others whether it will work in a country without a full telecommunication infrastructure coverage. There are still many villages in Ghana without a telecommunication network – eg. Anweafutu in the Western North; Nsagobesa at Sunyani, and many countless villages in the northern Ghana. The hopes for accepting fintech or digital cash in such cases are often faint or blur.

In Ghana, mobile money, mobile banking, bitcoin, are taking a center stage in some of the major cities – despite slow stride in the case of bitcoin. Mobile money usage continue to diffuse as more people begin to own mobile phones. Recent research indicates that there even more mobile phones than cars in Ghana and globally. Even in households without cars, some users have 2-3 mobile phones, and 3 or more SIM cards. On average, out of 10 users of mobile phones, 8 are subscribers to mobile money – MTN dominating over Vodafone and Tigo cash/Airtel money. Even at communities with dead telecommunication network, people have mobile money wallet and time to time transact businesses, receives or make e-cash transfers at towns or areas with available network. These acceptance of mobile money without pressure is a sign of the voluntary acceptance of fintech at least at a level where cash is mixed up with e-cash. This also communicates a possibility of transiting to a time where e-cash will reach a full scale, replacing the use of paper currency. At such a period, bitcoin and crypto currency is likely to be the new normal – as it has started been accepted by part of the population in both developed and developing countries.

The use of ATM cards are more likely to be replaced with NFC cards with e-wallet. ID cards and the likes of the Ghana cards and other certificates can all be migrated to the NFC card status and still enable a user to perform financial transactions with the same NFC cards. It will not be surprising NFC card users can even vote with the card and influence other political decision making.

The NFC cards systems with their e-wallet component and fintech features could be transforming many countries and their cities into cashless systems as more governments are becoming aware of fintech benefits in the future.

Many countries have projected that, the future rulers and warfare will be based on information and technology advancement. It will therefore be in the interest of the developing countries to deploy more resources in developing their technology, and fintech based in order to rise to the challenge prepared.