We Have The Momentum To Win Election 2020 — GUM 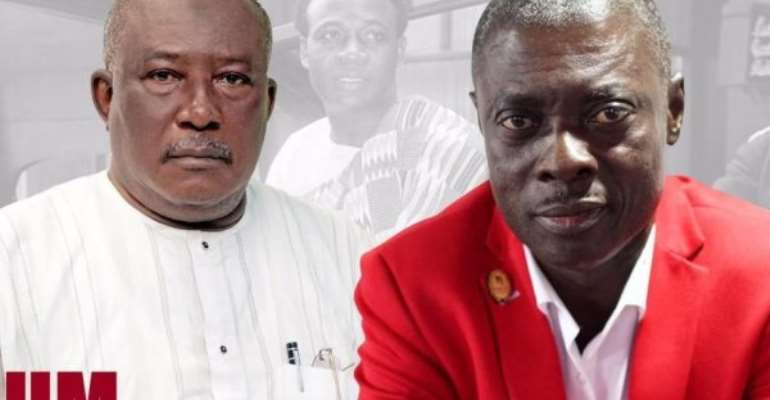 "With Rev Christian Kwabena Andrews (Osofo Kyiriabosom) as its Flagbearer and Alhaji Abu Grant Lukman, as his running mate, we are poised to win the elections," Reverend Lenin B. K. Trotsky, Political Scientist, Gum, told the Ghana News Agency in an interview.

He said, “GUM movement now has the momentum pulling bigger crowds than our opponents - the New Patriotic Party (NPP) and the National Democratic Congress (NDC), in this year's campaigns. "

Rev Andrews of GUM was said to be leading both Akufo-Addo of NPP and John Mahama of NDC in several opinion polls conducted by FireTV, an affiliated Television station owned by the flagbearer, which revealed that the majority of Ghanaians were fed up with the two domineering parties because of their "botched policies" .

Accordingly, voters were calling for a change which Rev Trotsky believes would bring GUM to power in the next elections.

He blamed Akufo-Addo for failing to honour his promise of building one factory in each of Ghana's 216 administrative districts and releasing one million dollars for each constituency every year to enhance development.

He quizzed why Akyim Akroso Railway Station in the Asani Manso District of Eastern Region which had been abandoned since 1991, has not been resuscitated to open job opportunities for the teeming unemployed youth.

“This is the reason why this December 2020 election, Ghanaians are going to say no to NPP and NDC, rejecting these two parties by voting Ghana Union Movement to come and save Ghana from collapsing,” Rev Trotsky said.

According to him, the presidential and parliamentary elections in December were all about changing the "status quo and the current economic hardship, chronic unemployment, lies and unfulfilled campaign promises".

On vote buying ahead of the polls, he cautioned electorates against allowing themselves to be influenced by money, stressing: “Don't allow any MP or presidential candidate of any party or official to buy your vote.”

While condemning the NPP and NDC for allegedly giving out loans to people for votes, he described the duo political establishnent as experts in offering and taking loans during election for vote buying.

“We urge Ghanaians to be on the watch out and be vigilant when people approach them with money or loan during this campaign period,” he added, “Do not accept it or you may accept it but vote against them because it is stolen money.”

“Please, know that the money is government money and belong to you and the Ghana government, so collect it but vote against them,” he stated, but added GUM would not give money or gift for votes because “we believe it is wrong and unfair.”

Meanwhile, the Movement had strongly indicated it would cause a constitutional change and amend indemnity clauses shielding the President against corrupt acts and also review downwards salaries of MPs, Ministers and other government officials.

'Get rich quick' attitude among the youth eroding moral fabr...
49 minutes ago