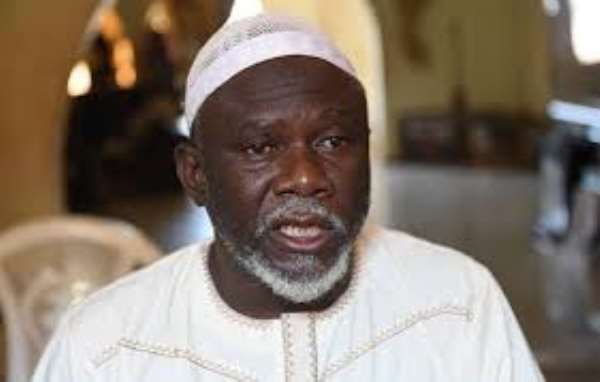 The Savannah Regional Chairman of the ruling New Patriotic Party (NPP), Alhaji Iddrisu Sulemana alias Professor Kalamonia, is calling on the Regional Police Commander to immediately arrest the National Vice Chairman of the National Democratic Congress (NDC), Sofo Azorka for threatening members of the NPP in the region.

The Savannah Regional Chairman of the NPP accused the NDC of inciting their youth in the region during the voters registration exercise to cause mayhem.

“This is what they have been telling their people to do, they have done it before but they could not succeed during the voters respiration exercise,” he said.

The NDC Vice Chairman, Chief Sofo Azorka, at afunction in Sawla, had instructed members of his party in the Savannah region to deal mercilessly with any NPP member spotted in any community in the region taking data from residents.

The main opposition National Democratic Congress is accusing the NPP of gathering data from residents in the Savannah region ahead of the EC's exhibiting exercise.

“If you see anybody in your community holding this book (showing a book to the gathering) going round writing our people's names, masa don't let him go free, finish him.”

According to the NDC National Vice Chairman, of the notorious Azorka boys fame, the NPP Nasara Wing is roaming around communities in the region collecting data from residents when they are not the Electoral Commission staff.

They are of the view that the NPP has plans to use the data to delete names of targeted members of the NDC from the new voters register in the region.

But the NPP regional chairman warned the NDC National Vice Chairman and his party members in the region not to try else they will also react.

“I respect the rule of law and you can't take the law into your own hands, the regional commander must act on this immediately otherwise should anything happen then we can't be blamed because we won't sit down for someone to come into our region and say their members should finish somebody just to intimidate us.”

The Sawla Tuna Kalba NDC Communication Director, Kipo Elijah Baker told DGN Online that the NPP Nasara Wing members lied to residents that they were an advance team from the EC ahead of the commission's voters register exhibition exercise and for that matter they should feel comfortable giving out their voters ID card details to them.

He indicated that the NDC constituency executives contacted the EC to verify the claim but they were told that no EC official had been sent to the district to gather data.

Mr. Baker called on members of the NDC in the Savannah region to decline giving out any information regarding their voters ID card to anybody who comes to them in the name of the Electoral Commission.