Gov't Lying To Us About Allowance Negotiations – School Of Hygiene Students 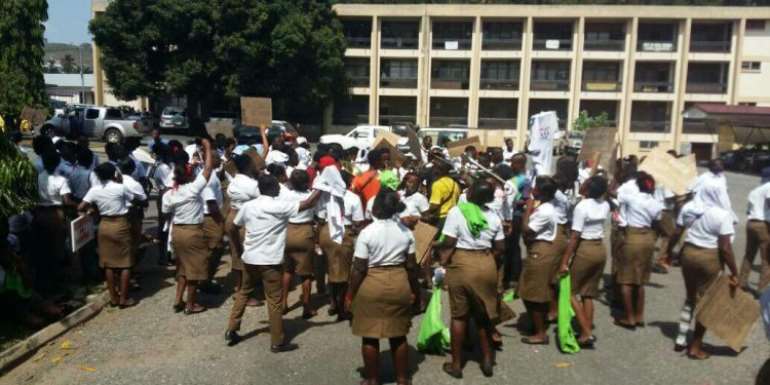 School of Hygiene students have accused both the Finance and Sanitation Ministries of not being truthful with them on when they will receive their allowances.

The students have been complaining that they have not received allowances for the past three years despite assurances by both ministries over the years.

In an interview with Citi News, the Student Representative Council (SRC) President of the Korle Bu Teaching Hospital School of Hygiene, Freeheart Owusu Ampomah, accused both ministries of toying with them in order to buy time until elections are over.

“The last time we picketed at the Ministry of Sanitation, they assured us that the matter is on the desk and they were working on it. So, it is contradictory for them to tell us this now.”

“This means both ministries were being political. They were lying to us. Now we have to go back to them and demand our financial clearance,” he said.

Earlier this month, the leadership of the Coalition of Schools of Hygiene students announced that its members will not sit for the end of semester examination meant for final year students until their three-year locked-up allowances are paid.

The final year students on Thursday, August 6 were at the premises of the Sanitation Ministry to picket over the government's failure to pay them their allowances.

They fear their allowances have been completely scrapped without reason although government has restored the allowances of their colleague nursing trainees.