Kamala Will Add Negative To Biden 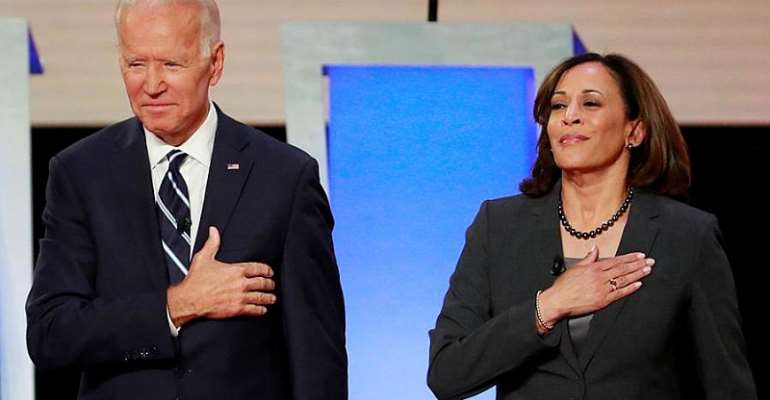 A selection which has become a major concern of the many in America even among a large section of the Democratic Party’s extremists. The choice has left the many Blue Party extremists and other Biden’s strong support base perplexed due to how Harris Kamala was very extreme and personal with her attacks at Biden during the Presidential Aspirant’s primaries. Such categories of individuals are wondering how constant confusion and acrimony can be managed and cleansed from within such a pair in their course of working together in the interest of the country.

Kamala is in addition certainly not the choice of the apolitical American who feels an incompetent person like Joe Biden in his choice for a running mate should have pushed aside a play on racism and sexism, and should have rather considered a competent person, at least someone more competent than him to aid with consolidation and supplementation of his many weakness for enhancement of strengths for better management and the forward march of the Nation.

In fact, a choice of Kamala Harris by Joe Biden is only a pick of a worse than him. Actually, Kamala is just an attention seeking rant with many deficiencies; she is highly incompetent, corrupt, promoter of radical policies not in favour of the ordinary American, and many others. Kamala has not even been able to manage California properly, her people live under unwarranted and could have been avoidable distress, misery and hardship.

The choice of Kamala only moves on to corroborate the fact that Biden is just a loser, an incompetent and corruption man who is only gladdened with a pair and work with a worse of his kind so that his inabilities, inefficiencies and ineffectiveness would be overcrowded and not easily be noticed.

Kamala will bring absolutely nothing on board aside just adding a negative to the managerial inabilities of Joe Biden.

Biden is just on a journey to drown America and her recently rejuvenated economy due to his unwillingness and stubbornness to correct his incompetence, so I will admonish America to resist this future social and economic set back by voting against this would be future deteriorating social and economic pair of a virus; Biden and Kamala, and rather vote massively and maintain President Donald Trump and his enviable, invaluable and incredible Vice President, Mike Pence for the continuous forward march of America.

Kamala Devi Harris, born on October 20, 1964, was elected by California to the U.S Senate as a Democrat in 2016 and began her representation of California in Senate from 2017. Kamala’s selection as the Running Mate to Joe Biden makes her the third woman to be nominated for such a position by a major political party in the USA.