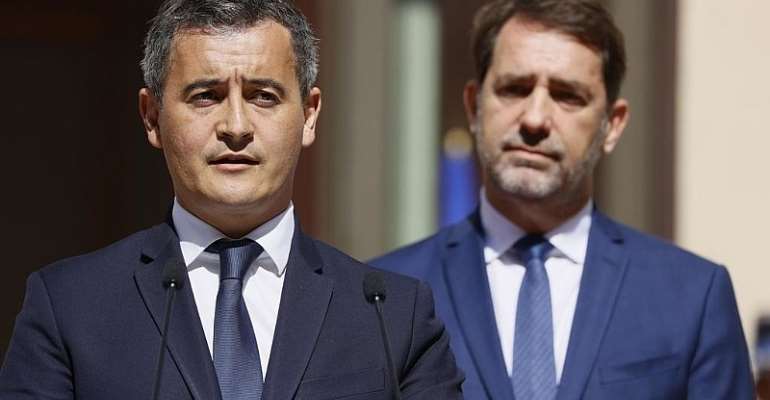 “No immigrant community on French soil can make up their own rules,” said Darmanin during a visit to Saint-Dizier, which is situated between Paris and Strasbourg.

Darmanin, who took over from Christophe Castaner when Prime Minister Jean Castex reshuffled the cabinet, hailed local police officers for foiling the alleged plan with the arrests of 16 Chechen men on Friday following a series of road blocks around Saint-Dizier.

Three men have been detained after being found with weapons including knifes, clubs and a sword.

The men are suspected of heading to Saint-Dizier in search of revenge after a 30-year-old Chechen man was injured in a brawl in the town on Thursday.

They have been accused of organising an armed act of revenge and are due to appear before an investigating magistrate who will decide whether to press charges.

The Chechen community in France - many of whom are fleeing the rule of Chechnya's pro-Russia leader Ramzan Kadyrov - have been under intense scrutiny after four successive nights of violence rocked the eastern city of Dijon in June.

An assault on a 16-year-old Chechen in the Grésilles district prompted as many as 150 members of the community from across France and abroad to stage reprisal raids.

On Sunday, following the Saint-Dizier seizure of weapons, Frederic Nahon, the prosecutor for the Chaumont region, said that a criminal investigation would be started to look into the possible illegal transport of arms and organisation of a criminal group.

"Most of the Chechen community are asylum seekers or have asylum in France," said Darmanin. "However, having asylum does not give someone the right to stir things up, settle scores or to attack the lives of each other."