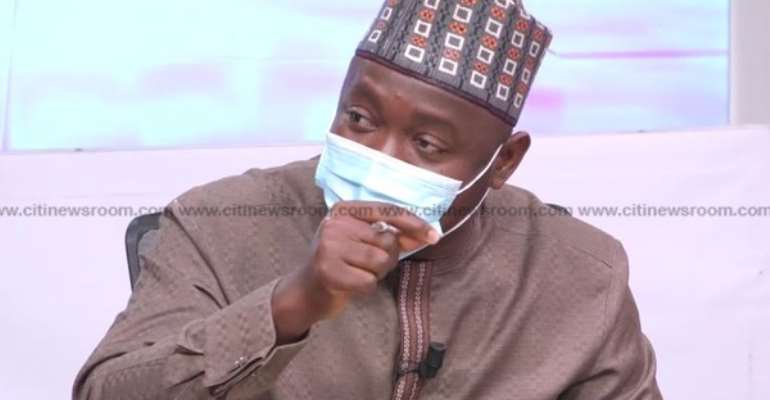 The Tamale North Member of Parliament, Alhassan Suhuyini says there are enough reasons why Ghanaians must reject the governing New Patriotic Party (NPP) in the upcoming December 7 general elections.

According to him, recent acts of military intimidation, deep-rooted corruption, and extreme hardship being suffered by the citizenry are clear indicators that the NPP lacks what it takes to manage the country.

Speaking on The Big Issue, Mr. Suhuyini maintained that the only ways Ghanaians will see some comfort is to vote the National Democratic Congress (NDC) and its leader John Dramani Mahama to continue the “rescue mission” of the party.

He also noted “the misuse of the military, the media that is intimated and the fact that there is growing despondency in this country.”

“So we need to ensure that President Mahama gets back to the flagstaff house,” he insisted.

“In his second coming, the investments will be targeted at the private sector, the public sector and the informal sector. The next phase of his presidency will ensure that investment goes into creating jobs. Dr. Bawumia and the NPP do not portend well for the future of the NPP. That is why there is the need for us to rise above partisanship as Mr. Mahama has always demonstrated to support the rescue mission that will take him back to the Flagstaff House to continue the God things he was doing, correct what he may have done wrong so that together, we can put this country back on the path of growth, inclusiveness and development.”