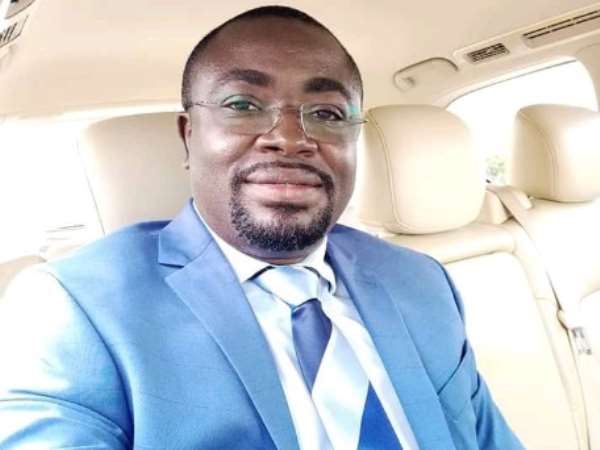 The Economic and Organised Crime Office (EOCO) in the Upper West Region that went into probing financial misappropriations allegations leveled on the former Upper West Regional Director of Health Services, Dr. Osei Kuffour Afreh has cleared Dr. Afreh of any financial malfeasance, a very reliable source close to EOCO disclosed this after EOCO invited the parties involve in the case on Wednesday August 12, 2020.

According to information made available to the parties, EOCO conducted the investigation base on the financial misappropriation as raised by a group calling itself Coalition of Concern Citizens of Upper West Region demanding an investigation to be sanctioned on the then Director of Health Services in the region.

Touching on one of the allegations that has to do with the former Health Director using state funds (the directorates’ money) to service his private infinity SUV vehicle, EOCO indicated in their verdict that, per the laid down procedures of the Ghana Health Services, a Regional Director of Health Service is entitled to a saloon car and a cross country vehicle for his official activities but in the case of the Upper West Region and as of the time Dr. Afreh took over office, a light blue saloon car with registration number GV 3041-14 was available for his use and the cross country vehicle that was available was pronounced unsafe for mobility hence the directorates decision during a core management meeting dated 28th February, 2019 to allow Dr. Afreh who has a vehicle (Infinity SUV) described by one the directors as robust to use it for his official duties and its servicing will be borne by the Upper West Regional Health Directorate, based on this observation that was equally made by Radio Waa’s investigation team led to EOCO exonerating Dr. Afreh of any misappropriation as acts of the GHS permits that.

EOCO again observed that the Ghana Health Service later released a new black Prado cross country vehicle GV 52-20 on 18th February 2020 to the Upper West Regional Health Directorate but upon its arrival a technical problem was detected that prevents the vehicle from travelling beyond 100kmh and the Director resorts to using his private vehicle for official use and a letter was served to the GHS headquarters to replace the unmotorable vehicle adding that, the Director cannot be sighted for breaching any act of the GHS.

Also on the workshop organised by the RHD under Dr, Afreh on Regional and District Supervisors training on new approach to supportive supervision, EOCO upon its investigation into the allegation of over spending and financial misappropriation by Dr. Afreh on the said workshop, indicated that, the amount GH¢230,170.00 raised on the memo retrieved from the information unit of the directorate and cross examining it with the real spending, EOCO revealed that, GH¢155,670 was used in settling participants in view of hotel accommodation and other allowances, fuel expenses and stationary procured, GH¢50, 854.55 was paid as settlement of conference package bill (conference hall, snacks and lunch) concluding that the expenditure financed on the said workshop did not breach any financial spending related laws of Ghana and Dr. Afreh can not be held for any wrong doing so far as the laws establishing public financial spending regulated Acts of Ghana are concerned.

On signing of 20 cheques by Dr. Afreh on 20th April 2020 as an attempt to delete the account of the directorate as alledged by the group, EOCO observed that the health directorate had an accrued debt of GH¢13,374,666.89 from 2016 – first quarter of 2020 to suppliers of essential drugs and consumables stating that drugs (medicine) has a share of GH¢10,326,249.50, with GH¢3,048, 414.84 for non drugs stressing that the debt stock owed to suppliers made the suppliers denied supplying medicines and consumables to the health directorate and a memo was raised by the procurement manager of the RHD on 17th April, 2020 warranting the signing of 21 cheques costing GH¢1,851, 998.76 to 20 pharmaceutical companies for supplies owed them, GH¢441,394.48 went into payment of non drugs and consumables whiles GH¢1,620,604.28 also went into the payment of drugs noting that the payment were line with the public financial management act 2016 (Act 914) devoid of fraudulent intention as rumoured by the “illegal” pressure group.

It will be recalled that an independent investigation was done by Radio Waa’s investigation team that came out with similar observations made by EOCO exonorating the then director of any financial malfeasance.