Kintampo Residents In UK Give Back To Society 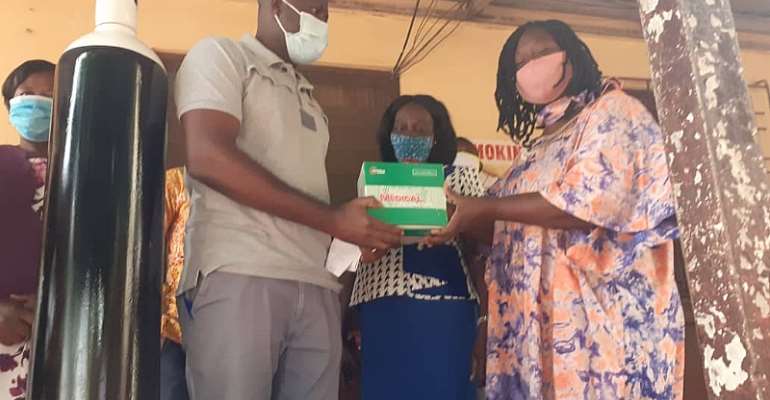 Natives of Kintampo who are based in the United Kingdom have presented assorted medical supplies to the Kintampo Municipal Hospital in the Bono East region as part of their contributions toward the effective upkeep of the facility.

The donation is also expected to supplement the hospital’s role as one of the designated treatment centres for COVID-19 in the Bono East region owing to the strategic location of the facility.

Madam Ernestina Adubeah, who presented the items on behalf of Kintampo-UK residents, was hopeful that the items would go a long way to boost health care delivery at the hospital.

She called on other citizens of Kintampo who are residing in other parts of the world to follow suit and contribute their widow’s mite towards the development of the area.

The Medical Superintendent of the Kintampo Municipal Hospital, Dr Garvin Apioh, received the items on behalf of the facility.

Dr. Apioh, who is also a member of the Bono East COVID-19 Response Team, was grateful for the gesture and called for more support from other bodies and institutions.