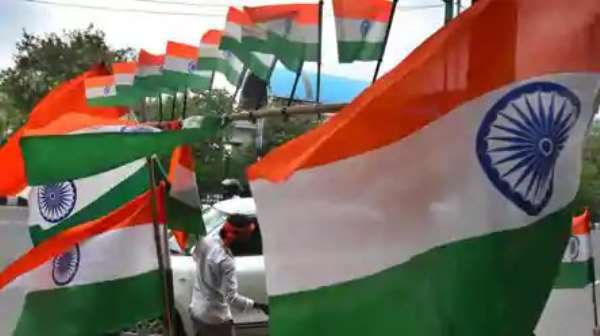 The People’s Democratic League (PDL) congratulates all Indians on the historic achievement of 74 years of national independence and democratic self-rule, from British colonialism. This year, many events are cancelled due to social distancing restrictions.

Seventy-four years is indeed a significant moment in the political life of any nation. In this regard, the PDL joins with the entire Indian people in the observance and celebration of this historic milestone of India’s independence anniversary.

The struggle for independence is inextricably linked to the broader struggle for a free and just society waged by Mahatma Gandhi. The records would show that it was under the indefatigable and charismatic leadership of Mahatma Gandhi that led the assault against the colonial system of governance which ultimately resulted in the granting of independence and democratic self-rule to India.

It was a struggle that contained the elements of an epic story of political treachery and betrayal by those who wanted to maintain colonial rule against the wish and aspiration of the Indian people.

The people of Sierra Leone and those of India are bound together by shared values and their love for peace, democracy, and democratic good governance; the rule of law, human rights, freedom and dignity. This partnership has yielded tangible results on issues of vital importance to both our two nations.

The People’s Democratic League (PDL) wants to believe that the independence of India, which Mahatma Gandhi led to achieve, is an attainment worth to be cherished by present and future generations of Indians. Suffice it to say that since independence, 74 years ago, today India has moved forward. There are successes in several fields nationally; and at the international level, it is encouraging that India has maintained and earned recognition and respect especially for it contributions to United Nations Peace Keeping Missions around the world.

The People’s Democratic League (PDL) urges India to use the occasion of 74 independence anniversary to honour the people who are leading the fight against the COVID-19 pandemic — India’s front liners. Through their sacrifices of time, energy, expertise, and even their own lives, they strive to keep the Indian nation safe. These people deserve honour.

On this significant milestone of India’s 74, the PDL calls on all Indian citizens to remember and recognize all those persons who contributed to the ending of British colonial rule in India.

The PDL wishes all Indian citizens success in their endeavors, happiness, peace and prosperity.