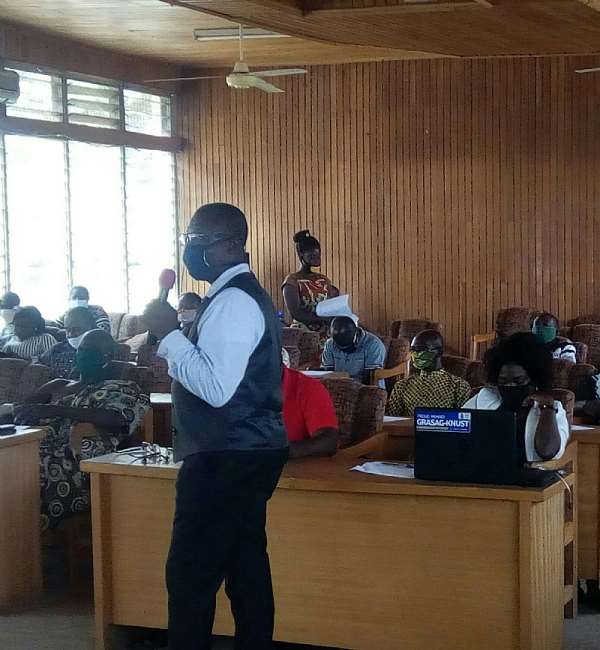 The Crop Research Institute (CRI) has called on extension officers in the country to ensure that farmers engage in the practice of farm sanitation to help improve crop production.

The call was made at the 2020 Research Extension-farmer Linkage Committee(RELC) meeting of the Asutifi North District Assembly in the Ahafo Region under the auspices of the Agriculture Department for stakeholders.

According to Dr. Stephen Yeboah, Researcher at CRI in Kumasi, Ashanti Region, most crop farmers do not pay much attention to farm sanitation(keeping farm tidy) and it is the main cause of recording low yield leading to poor production which affects the income of the farmers.

He explained that even if farmers observe farm sanitation, per the research conducted by CRI it is not on time as expected and it goes a long way to have effect on their crops.

He tasked extension officers who are mandated to sensitized farmers on the best practices to encourage them to adapt farm sanitation practice to boost production.

Dr. Stephen Yeboah categorically stated that untidy farm reduces 30 percent yield of crops which is worrying situation to farmers and the country at large so henceforth farmers must take the practice serious to see changes in their farm produce.

Speaking on the presence of climate change globally and its effects on farming, Dr. Yeboah advised farmers to adapt all the measures highlighted by researchers because that is the only way to help their activities.

The District Coordinating Director, Samuel Badu Baiden together with the District Agriculture Director, Paul Boakye said the purpose of the meeting was to help all stakeholders(assembly, agriculture department and farmers) to know how best they can improve farming in the district.

They mentioned, there are several challenges farmers especially encounter within the farming season so for the District and Agriculture Department to invite researchers to find lasting solution is a step in a right direction because the government per some measures exhibited clearly show that agriculture is at heart.

Some of the farmers interviewed after the meeting expressed their gratitude to the assembly and agriculture department for organizing such as educative and interactive exercise.

According to them a lot have been learnt from the researchers to help enhance their activities. They narrated that per what has happened the assembly will also institute policies to assist them to produce more as expected.

The meeting which held at the District capital, Kenyasi, assembled some executives of the assembly, researchers of CRI, executives of Ahafo Regional Agriculture Directorate, executives and extension officers of the district agriculture department and farmers.