How Parents Are Crushed 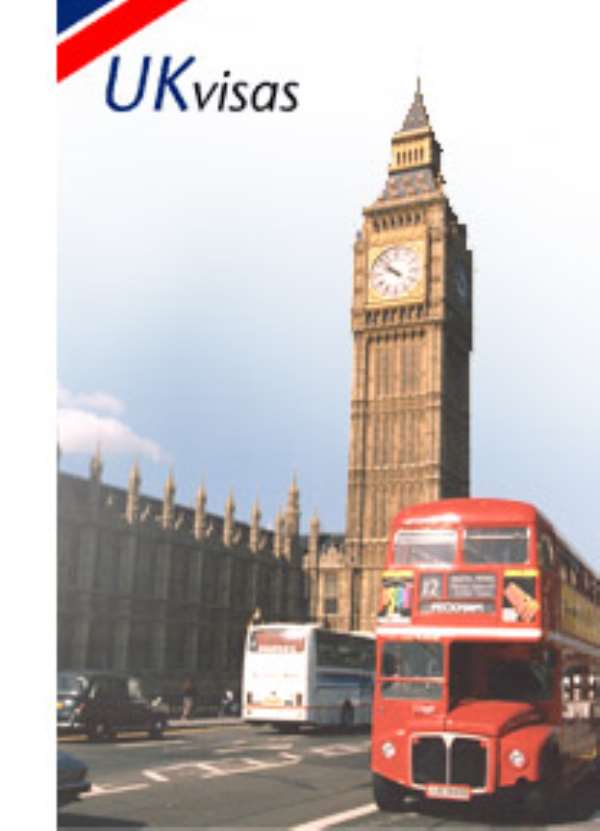 The insensitivity and blatant recourse to illegitimate procedures by the British High Commission in Accra for denying numerous Ghanaians, UK entry visas and thus earning Ghana the unenviable record of topping the world in UK visa refusal rankings, has caught the attention of both international and local media.

Despite the unparalleled Ghanaian hospitality, parents and students continue to suffer undue visa rejection in the hands of the British High Commission in Ghana. People who gain admissions in UK Universities and others pursuing University education in the country have constantly been under the mercy of the High Commission's rigorous but mostly unjustified visa acquisition problems.

Though initial reports indicated that the visa refusals rate, as contained in an Independent Monitor for Clearance Refusals report published by the Times of London a few weeks ago, was a global problem, the Ghanaian situation was found to be remarkably alarming.

The report made a chilling revelation that interpretatively means that out of every 100 Ghanaian students who apply for UK entry visas, about 86 of them would have their applications rejected with only 24 having the visas granted.

The rejections, most of which occur under what Immigration legal luminaries have described as, very illegitimate conditions, take place after parents have paid non-refundable visa processing fees and sometimes after part payments have been made to UK educational institutions into which their sons and daughters have been offered admission.

Most parents, who have fallen victim to what appears to be a money-making enterprise by the High Commission, have expressed shock considering the rate at which officials from UK Universities have been holding seminars and briefings in Ghana through the British Council, seeking to attract Ghanaian students into UK educational institutions.

One of the several potential UK students who has suffered the visa rejection fever of the High Commission told The Chronicle in an interview that though he possessed what in his estimation and that of immigration experts were genuine documents, he was still refused a visa to travel to the UK with the excuse that he was not likely to return to Ghana.

The Second Secretary in charge of Political, Press and Public Affairs at the British High Commission in Ghana, Mr. Gary Nicholls told the paper on that the refusal rate for students during the first half of this year had reduced marginally from the close to 90% figure captured by the Independent Monitor's report to about 70%.

The 70% is still a figure that immigration experts say is still on the higher side when compared with international figures.

The Times reported Keith Best, Chairman of the Immigration Advisory Service, as saying that the Independent Monitor's report disclosed a catalogue of failings.

"It is clear that there are insufficiencies in entry clearance officers, their training and the way in which we treat applicants coming to Britain. The Government must not think that because these things are out of sight from the British public, they are out of mind and can be neglected. The findings are disturbing" the Immigration Advisory Service Chairman was quoted.

The report said a large number of Indians were refused entry clearance to Britain because their circumstances were modest even by local standards and they were well aware of the economic advantages of living and working in Britain.

Ms. Fiona Lindsey, the Independent Monitor for Entry Clearance Refusals said that the bleakest instance was discovered in Bangladesh, where officials refused an application because in the view of the officials, the applicant had no prospects for the future in Bangladesh.

Ms Lindsey said that while Britain had made possible the international travel rights of European pet animals, the consequences of the country's current visa policy was to prevent thousands joining an elite club.

"The majority of those living in poor, repressive and unstable countries are not allowed to join the privileged traveling club on the same terms as those from wealthy nations, even if they have the funds to do so," she said in her report on entry clearance in 2004-05.

Additional fees ranging from £3.60 in Bangladesh to £17.85 in Jordan are being charged by private sector firms who process half of all applications for UK visas, part of the Foreign and Commonwealth Office.

These fees are on top of the standard visa charges, which are £85 for a student on a course lasting more than six months and £50 for a standard six-month visit.

Ms Lindsley's report found that a quarter of a sample of refusals were on the ground of allegations of forgery, with two thirds being refused on this ground in Accra, Ghana. However, 50% of forgery allegations had no evidence to support them.

Ms Lindsley's report, which covers the operation of the visa system in 2004, shows that the overall refusal rate for applications has risen from 6.5 per cent in 2000 to 19 per cent.

HIGH COMMISSION'S OFFICIAL ON THE DEFENCE

UK High Commission's Gary Nicholls defended the Commission saying visas were refused because of poorly completed and poorly documented applications; lack of finances; use of faxed or photocopied documents normally of poor quality; and still in 5-6% of applications, the use of forged or false documents were detected.

He said UK hosts over 3,000 students currently studying in the UK and about a million Ghanaians living and working in the country and therefore, there is no evidence of intentionally refusing Ghanaians visas to the UK.

On how much the Commission makes a day for processing visa applications, the Press Officer said UK visas section manages over 150 visa sections around the world in UK Embassies, High Commissions and Consulates and that the visa operation was largely self-funded through the collection of visa fees.

"Over 2,200 staff are directly involved in the overseas visa operation of whom around 222 work in London. Visa sections around the world employ 886 UK-based staff drawn from the Foreign and Commonwealth Office and from the Home Office and more than one thousand are locally engaged," he added.

He said the 2004-05 financial year saw a rise in worldwide entry clearance applications of nearly 14% to around 2.5 million, although in some posts, the increase was significantly higher.

Mr. Gary Nicholls maintained that the visa fee charged covers the cost of providing services and processing an application whether it is issued or refused. He explained further that, "when an application is not granted, the fee was not refundable adding that it costs more to refuse an applicant particularly if an appeal is lodged in which case a cost of approximately £10,000 per person and this amount falls to the UK taxpayer. "Refusal decisions are therefore not taken lightly and are checked by entry clearance managers," he stated.

On the issuing of forged documents, he said 40% of all applications by June 2004 were forged. He however revealed that with the involvement of the Criminal Investigative Department (CID) of Ghana Police Service in the issue, the tendency of people using forged documents has reduced significantly to between 5% and 6%. "The elimination of Middlemen is our target," he reiterated.