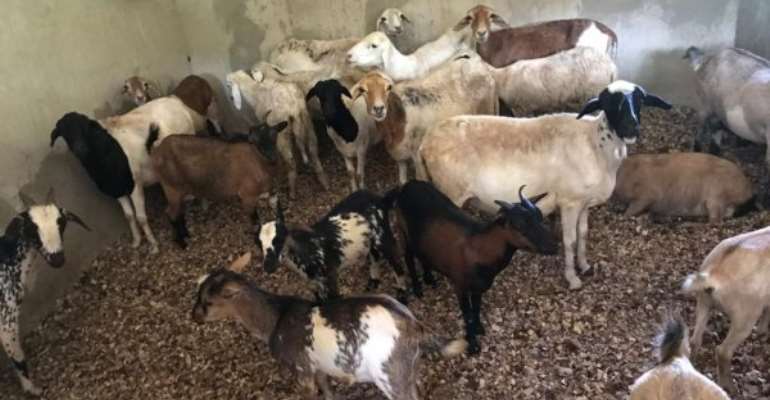 The Environmental Health Department of the Sissala East Municipal Assembly has with the help of its taskforce, arrested 46 straying animals in the Tumu township.

The exercise, which started on the 10th August, 2020, formed part of measures to enforce a resolution passed long ago by the Assembly to control the menace of stray animals in the Municipality.

Mr Edward Nyandor, the Sissala East Municipal Environmental Health Officer, told the Ghana News Agency (GNA) that the arrested animals would be in the custody of the Assembly until the owners turn-up to pay a fine before claiming them.

Mr Nyandor said "enough period of time was given to the public particularly animal owners to start confining their animals or risk facing Section 300 of the Criminal Offences Act (Act 29) 1960, sub section one, two and three that enjoined the authorities to enforce it to control stray animals menace.

"Series of radio announcements and cautions were made by the Assembly, sensitizing the public on the Stray Animals Law between early June and July 1, 2020 and it is now time to crack the whip", he said.

Meanwhile, Mr Edward Nyandor disclosed that a minimum of GHȻ10.00 and a maximum of GHȻ50.00 depending on the type of animal would be charged before releasing the animals.

He noted that the exercise had come to stay, therefore "people whose animals have been arrested should go to the Municipal Assembly and follow the necessary processes to claim them to avoid their auctioning".

Stray animals including sheep, goats, pigs, donkeys, cows had remained nuisance on the roads of the municipality as they caused accidents resulting in deaths and indiscriminate littering of the environment with their droppings.