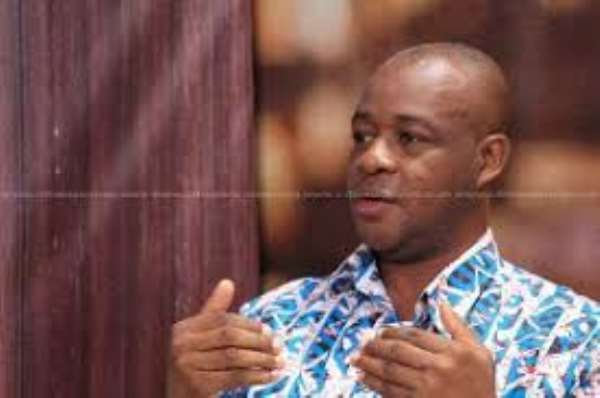 A Security Analyst, Adam Bonah says the recent revelation of an increase in fraud cases by the Bank of Ghana (BoG) is a minute of a larger problem.

The BoG in its 2019 Banking Industry Fraud Report indicated that 2,295 cases were reported which is by 120 cases higher than the previous year.

The report, however, revealed that cyber fraud cases reported saw a decline although accounted for the highest value of attempted fraud amounting to GH¢50.54 million.

In an interview with Citi News, Adam Bonah was of the view that these reports from the central bank are just a few of the cases that have been identified.

“Even with the reports that the Bank of Ghana has published, I can confidently say that this is probably a tip of the iceberg. Because with most of these financial cyber fraud issues being reported, people get scammed and most often, these banks don’t report them for fear of probably getting backlash from customers. And so for me, these are issues that we need to take seriously,” he noted.

He further admonished the general public to be vigilant in order not to fall prey to scammers who are after their hard-earned cash.

Among other things, he said, “The other thing has to do with using strong passwords. A lot of us tend to use either children’s names, date of birth, family names and all that. That can easily be decoded. In these days, you don’t need well-educated people to go into the cyber fraud space and be scamming people.”

“So we have to begin to think out of the box and begin to come up with weird combinations that will be difficult for someone to decode. And when have these combinations in terms of passwords, make sure you are not keeping them in a place where anyone at all can see and tell that this is a password to your ATM card, banking card or bank account,” he advised. The report

New figures released by the Bank of Ghana show that fraud cases in the banking sector increased to 2,295 from 2,175, representing 5.5 percent in 2019.

The marginal increase in the number of fraud cases according to the central bank could partly be attributed to the improved efforts by the Financial Stability Department to identify, monitor and to ensure compliance with reporting of fraud cases in the industry.

“Similar to the year 2018, in 2019, suppression of cash and deposits accounted for the largest portion of the total number of fraud cases reported to the Bank of Ghana,” the report said.

The report stressed that about 94 percent of the fraud cases reported as suppression of cash and deposits were perpetrated by staff (either contract or permanent) of the financial institutions.

“The alarming rate of involvement of bank staff in the perpetration of fraud in the banking sector, calls for significant reforms in the engagement, remuneration and disengagement processes of employees and contractual staff of financial institutions,” the report noted.

In 2019, the industry reported a total fraud value of approximately GH¢115.52 million.

The reported total loss value is made up of GH¢10.35 million and the remaining balance of GH¢23 million.