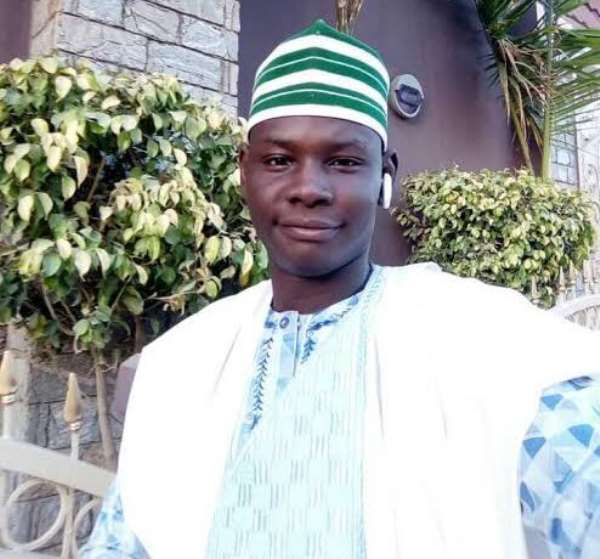 The death sentence passed on the Muslim singer, Yahaya Sharif-Aminu for blasphemy provides for an appeal period of one month. But from the look of things, this appeal process will not happen because there are persons with a vested interest in having Sharif-Aminu executed. This is unfortunate. Moves to review and possibly quash the ruling of the upper sharia court have hit a brick wall due to treachery and zealot refusal of some legal members of the Ummah in Kano to put justice above piety. First, from all inquiries, Mr. Sharif-Aminu had no legal representation during the secret trial where he was sentenced to death. So no lawyer stepped forward to help argue his case.

Even now that he had been given the death penalty with a month to appeal the judgment, there are no prospects for an appeal. There is still no Muslim lawyer ready and willing to initiate the process. Why? The Islamic establishment has made it difficult, damaging, and dangerous for any Muslim lawyer to come forward to represent Sharif-Aminu. Is this not shameful? I mean, why is there a sharia court of appeal? Why is there a Supreme Court? These are avenues that individuals could use to seek a reprieve or a review of judgments. But going by the position of some Muslim association in Kano, using these avenues seem foreclosed. This Muslim lawyers association has in a press release sealed a pious betrayal of Yahaya Sharif-Aminu. It stated that “the offense under which the convict was charged is an offense known by the Kano State Shariah Penal Code and provided in section 382(B). We equally noted that the convict has boldly confessed to his offense during the trial the details of which is contained in a Whatsapp group known as “Gidan Umma Amina” and transmitted into writing, (the certified true copy of the transcribed text was tendered and admitted during trial).”

That association went further to declare its stand on the case:

“That the honourable Judge of Upper Shariah Court Hausawa was right in his Judgment in which he convicted and sentenced the accused to death for blasphemy against the holy prophet Muhammad (S.A.W.) without prejudice to the right of appeal of the convict. This is because the supreme court has decided in the case of Abubakar Shalla Vs State (2007) 12 MJSC at page 52-53 paragraph G-B that the position of the Law under Shariah is that any sane and adult Muslim, who insults, defames, or utter words or acts which are capable of bringing into disrepute, odium, contempt of the holy prophet (peace be upon him) such a person has committed a serious crime which is punishable by death”.

This statement undermines Sharif-Aminu’s appeal chances. This association of Muslim Lawyers is not a party to this case. Is it? So what is its business taking a stand in a case where the concerned parties have not exhausted all avenues of justice? Why didn’t this organization wait until the appeal process has been exhausted before issuing this statement?

The release went further to state: “That the general public should understand that Shariah is a Muslim Law applies only to Muslims. Therefore any person who accepts to be a Muslim must obey the provisions of Shariah irrespective of whether or not it pleases him”.

Of course, this is well known. But why is this association in a rush to reiterate an obvious proposition when there are still opportunities to appeal and review the judgment? Has this association a vested interest in the execution of this Muslim singer? These Muslim Lawyers went further to ask “the Executive arm of Government in Kano State to ensure strict compliance to the Judgement as part of its commitment towards proper implementation of Shariah.

One expects that an association of Muslim lawyers should be interested in using the law to defend Sharif-Aminu and in ensuring that justice is done in this case. Not in taking a stand on an appealable judgment. Those who instituted the legal system in Nigeria knew that there could be an error in judgment. Hence they instituted layers of appeal- the sharia court of appeal and the Supreme Court. These courts have the mandate to review, uphold, or quash the judgments of the lower courts. In a case that involves the death penalty, like that of Mr Sharif-Aminu’s, this association of Muslim lawyers should have allowed justice to take its full course before issuing a statement. Yes, it is pertinent to explore and exhaust these avenues of appeal in adjudicating a case of blasphemy, a victimless crime.