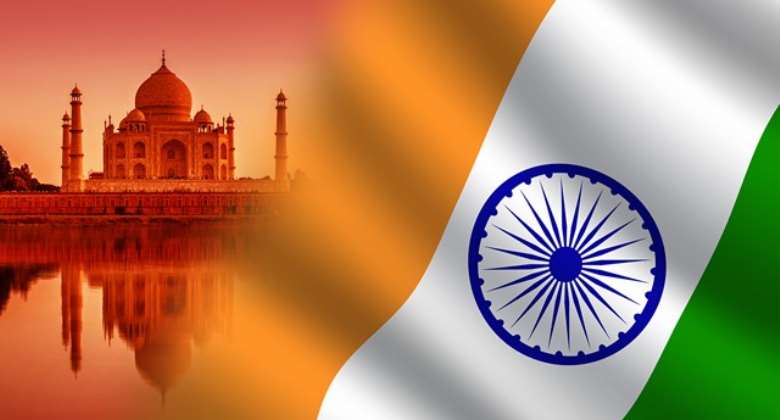 15th August, 2020 marks 74 years of India being a free, independent, sovereign nation. It is a day to remember those who fought for and gave up their lives to free India from British rule.

India's freedom struggle was a hard-fought one and Independence Day is the day to pledge and to protect the unity and integrity of that great country. Independence Day is a national holiday and Indians celebrate the day by hoisting the Indian tricolor.

India gained its independence through peace and non-violent movement under the leadership of Mahatma Gandhi. This year’s independence comes amid the deadly Corona virus pandemic, and this robs the event of the fanfares it deserves. The Corona virus has affected two and half million (2, 500, 000) Indians and killed over 49 000.

On this auspicious day, the Sheikh Tamim Bin Hamad Foundation (STBHF) salutes all Indians, both at home and the diasporas, on achievement of yet another year as a politically independent people and dignified homeland.

It is reported that Indian Prime Minister Narendra Mohdi will once again be leading the great nation in celebrating this year’s Independence anniversary at the Red Fort in New Delhi, from where he will unfurl the National Flag and address the Indian nation.

Over 4,000 people including diplomats, officials and media personnel have been invited for the planned ceremony, according to reports attributed to India’s Union Ministry of Defence. Security, it is reported has been in its highest gear near the proposed venue for the event near the Red Fort and in the National Capital in view of the independence celebrations.

On this note, the Sheikh Tamim Bin Hamad Foundation (STBHF) wants to remind the competent authorities in New Delhi its responsibility to strictly observe and enforce all the necessary guidelines in view of the deadly and devastating COVID-19 virus pandemic. These should include and not limited to ensuring that, all the invitees will have to go through thermal screening at all entry points; be instructed to wear masks and distribute adequate number of masks at various points of the venue for the event. Hand sanitizers should also be available at pre-defined locations; and ensure social distancing of 6 feet distance among those who will be attending the event.

The Sheikh Tamim Bin Hamad Foundation (STBHF) notes that India’s independence history is one punctuated by advancement in the country’s social, economic and other vital spheres. India has made major global contributions, particularly in areas such as academia, arts, both visual and literary, and in sports. India has also exhibited and proved to a leader to other Asian countries in areas such as information and computer technology, manufacturing and preservation of the environment.

As the world biggest democracy, India has a critical role to play in promoting peace and stability in Asia, and more particular, to move towards resolving the border conflict with China, the thorny issue of Kashmir, its minor differences with neighbouring Pakistan, and supporting Qatar’s road map to ending the brutal conflict in Afghanistan. India owes also a responsibility to reject and table a resolution in the United Nations, calling for an end to the criminal blockade against Qatar and call for the genocide campaign against the civilian population of Yemen to stop immediately.