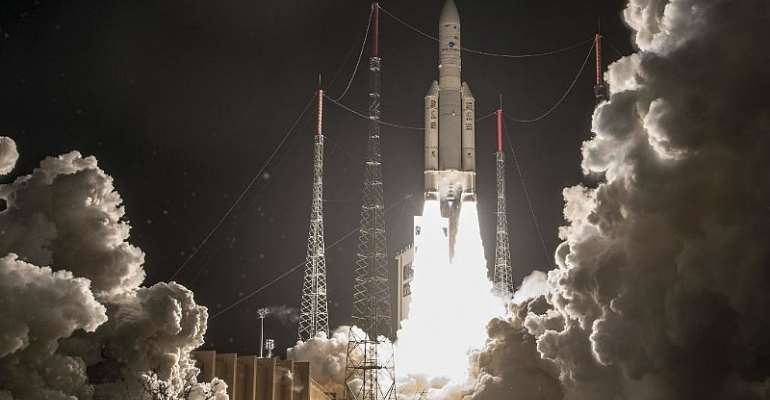 The Ariane 5 rocket is expected to launch from the French Guiana space centre on Saturday after experiencing fresh delays due to strong winds. The European-built launcher was initially meant to fly into orbit in July.

Saturday will be the fourth take-off attempt by the European-built launcher in two weeks.

The Ariane 5 rocket was initially scheduled to ride into orbit in July but a series of technical faults, including a suspect sensor on the vehicle's hydrogen tank prompted officials to cancel the attempts.

On Friday, ground crews were again forced to roll the 54.8-metre-tall rocket back to its launch pad after encountering unfavourable upper level winds.

The launch will be the first by Arianespace since the onset of the coronavirus pandemic forced a cessation in launch preparations at the European-run spaceport in French Guiana in March.

The Ariane 5 rocket will carry three US-built satellites into geostationary transfer orbit, an elliptical transfer loop around Earth, on the way to final positions more than 36,000 kilometres above the equator.