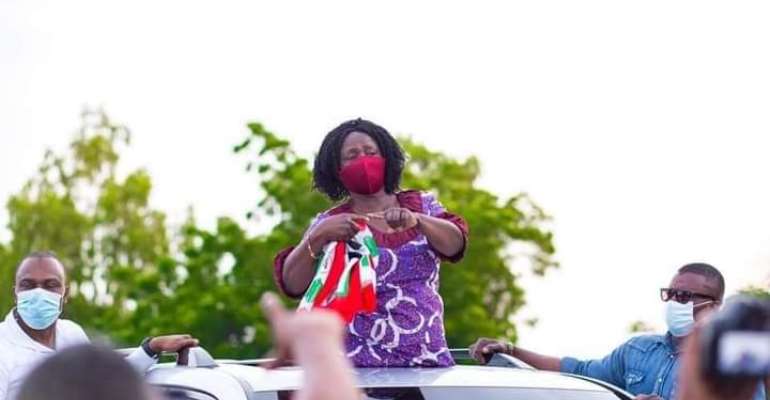 The National Democratic Congress (NDC) running mate, Professor Jane Naana Opoku-Agyemang says the brouhaha over who cancelled or restored the teacher and nursing trainees allowances should have been dead by now, especially when the rationale was to expand access to the training colleges.

“We never cancelled teachers allowance; this thing should be dead by now. This is the last time I’m going to talk about this. Cancelling means you have something and we came to take it away from you. We never did that. You know that those on the loan scheme continued to enjoy till they graduated. So we never took anything from them.”

According to Professor Opoku-Agyemang, the allowances were replaced with students loan scheme for all trainees to enable the country save some money to produce more teachers to meet the country’s increasing need for trained teachers, saying the substitution of the allowance with students loan resulted in a situation where Ghana could produce 6000 trained teachers yearly.

“Those days principals of the training colleges had no space to admit more and even if they could, the government couldn't pay for the allowances if they admitted all qualified applicants. So, why don't we make it possible for more to be trained.

She was speaking at the Bolgatanga VAG Hall to some Tertiary students, functionaries and supporters of the National Democratic Congress as well as some admirers, to begin a two-day familiarization tour of the Upper East Region.

She will visit the Kassena-Nankana Area on her second day before leaving the Upper East Region.

The National Democratic Congress enjoys an enviable support in the Upper East Region for which reason Professor Opoku-Agyemang, despite being new to many party members and supporters had a rousing welcome at the constituencies she visited on her arrival and the tour on the first day.