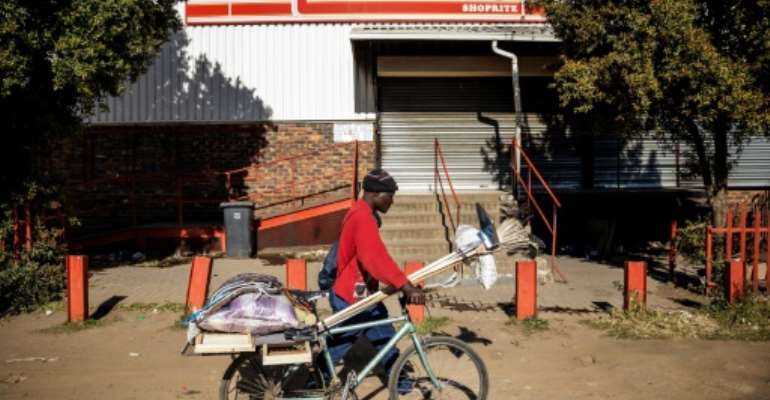 The drop in crime in South Africa during the coronavirus lockdown showed that the ban on alcohol sales reduced offences, the police minister says. By Michele Spatari (AFP/File)

The latest quarterly statistics showed crime dropping by up to 40 percent between April and June, when the country was placed under strict stay-home restrictions aimed at limiting the spread of the virus.

He added that the statistics "paint a never seen before 'rosy' picture of a peaceful South Africa experiencing a 'crime holiday'."

"A 40.4 percent decrease in the number of rape cases were reported during the three months," Cele told a news conference.

Contact-related crimes, such as arson and malicious damage to property, registered a 29 percent drop.

The country's lockdown regulations included a ban on the sale of alcohol and cigarettes.

Cele said the figures showed that the absence of booze had helped reduce crime.

But he added that attacks on schools and liquor stores had risen, with burglaries reported at 2,692 education facilities and 1,246 shops over the same time period.

South Africa, which has one of the highest crime rates in the world, is home to more than half of the continent's coronavirus infections.