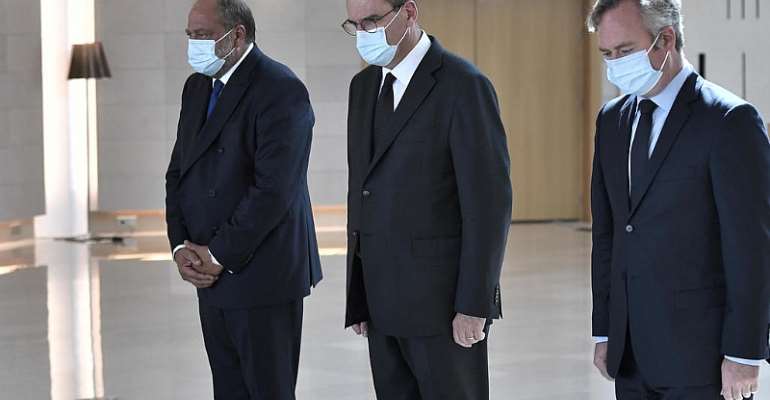 French Prime Minister Jean Castex has led tributes to six French aid workers killed by suspected jihadists in Niger. The ceremony was held at Paris's Orly airport in front of the repatriated coffins, in the presence of the victims' families and several ministers.

"The victims came to Niger to do good and they met evil," Jean Castex said in a sombre speech at an airport lounge of Orly transformed for the occasion into a funeral home.

Dressed all in black, the French prime minister told the relatives of the six victims "the whole of France is in mourning for your children".

The four women and two men were killed on Sunday along with their Nigerien guide and driver in a wildlife reserve about an hour's drive southeast from the capital Niamey.

The victims were aged between 25 and 30 and worked for French NGO Acted.

Castex drew comparisons with the 2015 terrorist attacks in Paris that shook the country.

“It's very likely the same hatred, the same cowardice, the same inhumanity that was at work in Niger and at the Bataclan,” Castex said in front of the repatriated coffins of the six at Paris's Orly airport.

The Bataclan was the concert venue where 90 people were killed in one of the coordinated attacks by Islamist militants in the French capital in 2015.

“We haven't yet been able to put a name to the organisation behind this heinous crime” in Niger, he said, adding that it had “all the appearances of a terrorist attack.”

"It's important that the nation pays homage to them," said Jérôme Bertin, head of the victims' organisation France Victimes federation.

"Their families want their commitment to be really cited... they were not tourists killed in Niger but young people engaged in helping the people of this country."

During his near 15 minute speech, Castex sought to respond to these concerns, telling the families: "the whole of France can be proud of your children", citing their commitment and generosity.

Acted has decided temporarily to suspend work in Niger but has stressed it will not pull out of the country.

No claim of responsibility

One of the poorest nations in the world, Niger is struggling with incursions by Islamists from both Nigeria to the south and Mali to the west.

In Paris, French anti-terror prosecutors said they would investigate charges of "murders with links to a terrorist enterprise" and "criminal terrorist association".

There was no immediate claim of responsibility for the assault. But France and other countries have warned people against travelling to parts of Niger where militants including Boko Haram and other groups linked to the Islamic State organisation operate.