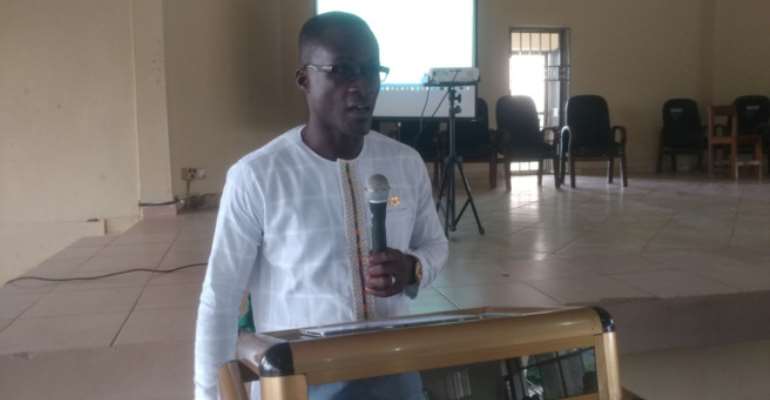 The First Ordinary meeting of the First Session of the Tano South Municipal Assembly has been held at Bechem, the Municipal capital in the Ahafo Region.

In his welcome address, Mr. Asare Antwi, the Presiding Member of the Assembly thanked members for honoring the invitation and said the meeting was to reflect on the development needs and aspirations of the people in Municipality.

He educated the assembly members on the work of the public relations and complains Committee (PRCC) of the Assembly and encouraged them to educate their electorates to report grievances to the committee.

He also entreated the house to come out with innovative ways to help the assembly mobilize revenue for the implementation of programs and projects.

Mr. Asare commended the house for the confidence reposed in him and urged them to come together as one people with one common destiny to work to ensure Assembly achieves its goals.

He entreated all members to contribute their parts to ensure the success of the meeting.

The Municipal Chief Executive for Tano South, Mr. Collins Offinam Takyi in his sessional address congratulated all members of the house especially the newly elected Assembly Members, and urged them to bring their expertise to make the Assembly embarks on massive development projects in the Municipality.

On human resources, he said the Assembly had 175 permanent staff and 38 temporal staff. On Finance, he said the assembly faces problems with funds, especially IGF, and hinted that the said funds delay the execution of development projects in the Municipality.

Speaking on Justice and Security, he indicated that the Assembly has made progress in terms of the execution of the projects and informed the house to support the Assembly to establish Municipal Divisional Command of Ghana Police Service and Immigration Service.

On education, Mr. Takyi outlined the benefits the Municipality has enjoyed from the implementation of the Free SHS policy including the areas Health, Agriculture, and others.

On the executive committee report of the Assembly, he said the Assembly would form a task force to assist revenue collectors to mobilize more revenue for the Assembly. This, he said, would go a long way to make the Assembly executes more developmental projects to improve the living standards of the people.

W/R: Adiembra residents save 17-year-old student from kidnap...
18 minutes ago