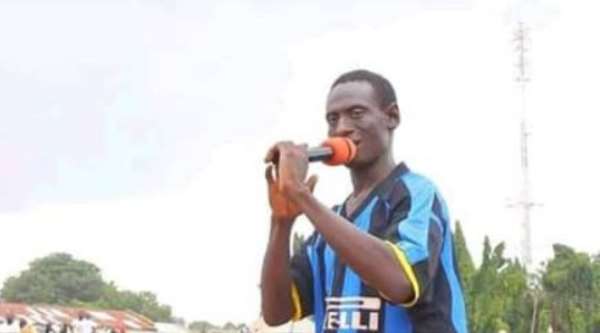 The Advocacy for Alleged Witches (AFAW) urges the Inspector General of Police, through the Commissioner of Police (Niger State), the Divisional Police Officer (Mokwa), the Director of State Security Service, the Governor, and Government of Niger state, the Chairman of Mokwa Local Government Area, the Ndalile of Mokwa, the Health Ministry and the COVID19 management committee in Niger state to take immediate measures to stop the planned 'healing' and witchcraft exorcism session in Mokwa.

AFAW has reliably gathered that the self-acclaimed healer and witchcraft exorcist, Muhammad Hassan Patigi, who traveled for the Sallah celebrations, is now back in Mokwa town and is planning to commence his 'healing' activities. AFAW has also been informed that Hassan Patigi's planned 'healing' session in Lafiagi in Kwara state was canceled after some people protested to the government.

Now back in Mokwa, Mr. Patigi is expected to hold 'healing' activity in Mokwa in the coming days. Without the intervention of relevant authorities, this activity will go ahead. Videos of revulsive images and scenes from the previous 'healing' and witch exposing activities of Mr. Patigi have been circulating on social media. Some of the videos contain scenes where Hassan Patigi asked alleged witches to go naked, fight and urinate on themselves. Look, this show of shame is an indictment on traditional as well as state authorities and other stakeholders on governance and maintenance of law and order in Mokwa, Niger state. The authorities in Niger state should not allow a repeat of these disgusting scenes in Mokwa. They should not permit a recurrence of this spectacle of national disgrace and embarrassment in Nupeland.

AFAW urges members of the public to call the following numbers and ask these officials to take urgent steps and ensure that the planned 'healing' and witchcraft exorcism activities in Mokwa by Hassan Patigi do not hold: