ASEPA To Head To Court Over Dismissal Of Jean Mensa Petition 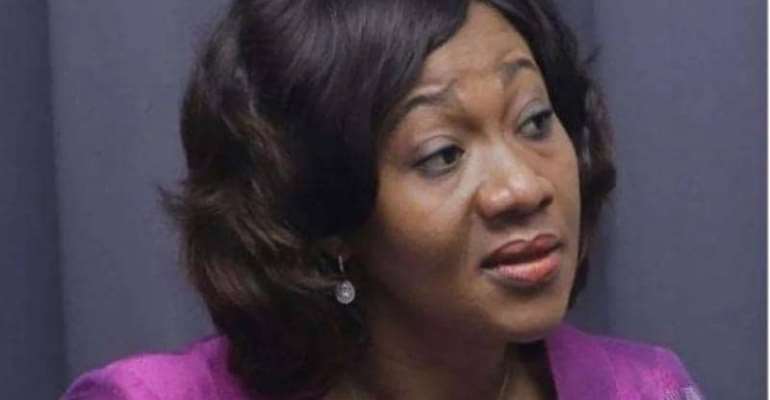 The Alliance for Social Equity and Public Accountability (ASEPA) has said it disagrees with the decision by the president to dismiss its petition for the removal of the chairperson of the EC, Jean Mensa.

In June, ASEPA secured declaration from CHRAJ that madam Mensa failed to declare her assets upon assumption of office in 2018.

CHRAJ, however, said the chairperson rectified the anomaly when it was brought to her attention.

A statement signed by the secretary to the president Nana Bediatuo Asante said the Chief Justice did not establish any Prima Facie case against Jean Mensa to warrant her removal.

Speaking to Starr News, Executive Director of ASEPA Mensah Thompson served notice the CSO will challenge the decision in court.

“I totally disagree with the president. I think that the Chief Justice does not have that unilateral authority to make a determination of this particular matter. Especially when the Chief Justice himself has been investigated by CHRAJ for failing to declare his assets and liabilities, for breaching the same provision the EC chairperson has breached.

“And so, if the CJ had made any outburst against the EC chairperson, same would have applied to himself, so it was a conflict of interest position. And so, he couldn’t have made a fairer judgement on this particular matter. And so, we totally disagree with the outcome of this investigation.”

Insisting hos outfit would seek legal redress he noted “we are gong to court. First of all, the constitution with respect of article 142 do not say that the EC chairperson or any public office holders must breach any criminal code before they can be removed from office. Just a simple violation of any provision in our constitution is enough basis to remove any of these office holders.”

He continued “the second issue is that the CHRAJ position on this matter, we totally disagree. The law is very explicit, it gives a time frame within which the assets must be declared. And so, a period of three months before assumption of office and a grace period of six months in accordance with the asset declaration act.”

“And so, the constitution did not say declare your assets any time that you deem fit and the law must accept it, no. And so, declaring two years after you have been sworn in as chairperson of the electoral commission is a violation of our constitution and is enough basis to be removed from office.”

“So, we are ready to go to court to exploit the merit of this particular matter especially as far as interpretation of the asset declaration act is concerned.”