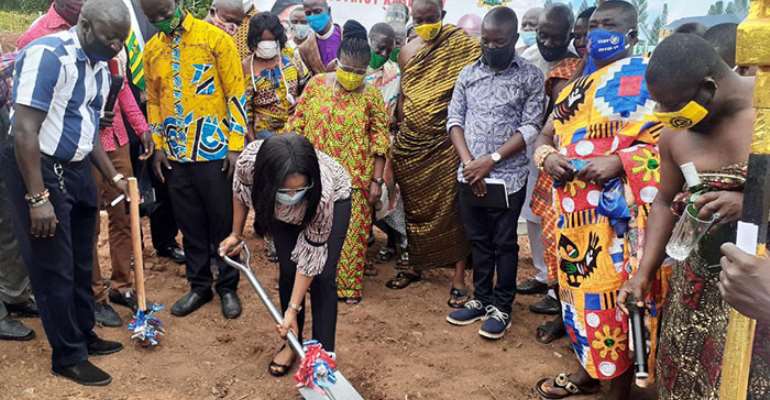 The Salvation Army Hospital at Wiamoase in the Sekyere South District of the Ashanti Region will soon benefit from a new maternity ward project.

A short ceremony has been held at the premises of the hospital for the commencement of work for a modern and spacious maternity ward in the hospital.

The Chief of Staff, Akosua Frema Osei Opare, who is a native of the area, played significant roles to help make the construction of the important facility a reality.

The hospital has over years faced maternal challenges.

The construction of the maternity ward project would therefore help to improve the treatment of maternal cases and general health care in the hospital.

Alexander Gyedu, the Director of Special Projects at the Office of the President, represented the Chief of Staff at the sod cutting ceremony.

In his remarks, he admonished all stakeholders in the community to play leading roles so that the maternity ward project would be completed as scheduled.

The Member of Parliament (MP) for Afigya Sekyere East Constituency, Mavis Nkansah Boadu, thanked government for swiftly responding to an appeal to build the facility.

The lawmaker was of strong conviction that the completion of the project would help in saving precious lives, especially mothers and babies, in the hospital.

The maternity ward project, which upon completion would be a state-of-the-art facility, is being funded through the District Assembly Common Fund.