A Methodology For Measuring Regional Impact Of Covid-19 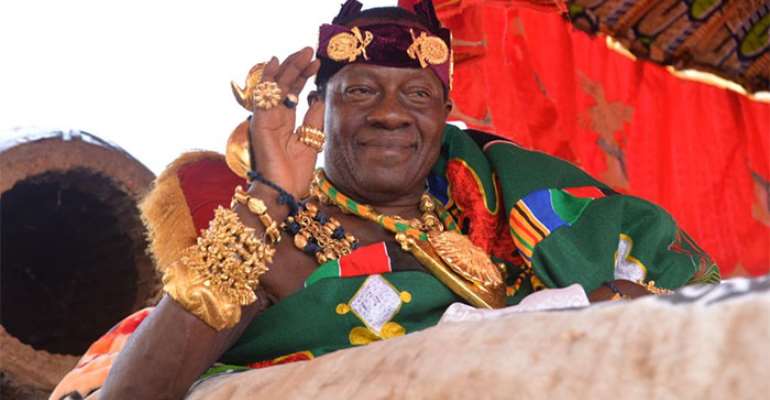 COVID-19 has changed our way of life and experts have labelled the pandemic as the most crucial global health calamity of the century and the greatest challenge that the humankind faced since the World War II. It will be recorded as not only one of the most pressing issues of our time, but also as an occurrence which has most acutely highlighted the fault lines in our society.

What started as a regional health crisis in late 2019 had, by March of 2020, grown into a global pandemic never seen for a century.

This brief article seeks to measure the regional impact of the COVID-19 and to monitor the effects of the pandemic on various regions to assist policy interventions to fight it.

Twenty two data sets on the pandemic were collected from the Ghana Health Service and Ministry of Health for a period of three-and-half months from 15th April to 31st July 2020. Each data set included the number of new COVID-19 cases, total confirmed cases, deaths, recoveries/discharged, active cases, regional and gender distributions. This information was regularly shared among the two municipal assemblies, the traditional authority and the root-based institutions (RBI) who carried out joint exercises aimed at re-enforcing the President's directives buttressed with precautionary measures initiated by the Omanhene of the New Juaben Traditional Area to fight the pandemic.

The data sets, which permitted a higher level of comparative analysis on the regions, also led to the development of a methodology to measure the impact of COVID-19 on these regions using the concepts of ratio of proportionality and percentage points differentials. The methodology also permits the test of reliability of the results using the invariance principle under the change of axis. This methodology involves comparative data on the percentage shares of the regions in the latest national population census (2010) as against their respective shares in the COVID-19 pandemic. A measure of the relative impact of the pandemic on a particular region is then derived by the percentage points differential of the region's population share and its pandemic share. For example, if represents the population share and the COVID-19 share of a particular region, then the percentage points differential (-) measures the relative impact of the pandemic on that region. On this basis, a region will be doing relatively well with respect to COVID-19 impact if the differential (-) is positive but relatively worse if it is negative. A test of the reliability of the results is provided when the sum total of all the regional impacts is identically zero on account of the invariance principle.

Since the methodology requires a regional population share during the latest census in 2010, the four regions which were affected by the creation of new regions in 2018, namely Northern, Western, Volta and Brong Ahafo have been pulled together for analytical purposes to make the analysis complete. Thus, data for Volta and Oti were pulled together under Volta Region; data from Northern, North East and Savannah were combined as Northern Region; data from Bono, Ahafo and Bono East were combined as Brong Ahafo Region whilst data from Western and Western North were combined as Western Region. The pulling of the affected regions to their 2010 status provided the requisite data for their respective population shares and also ensured their vital inclusivity in the analysis.

Table 1.0 provides comparative data on the percentage shares of the regions in the latest national population census (2010), their respective COVID-19 percentage shares and the impact measures of the pandemic on the various regions. The table indicates that the Northern Region, including the Savannah and the North East, came first with a relative impact measure of 8.86 percentage points followed by the Eastern Region with 6.69 percentage points. Two regions, namely, Greater Accra and Ashanti were in the negative zone of -35.21 and -5.31 percentage points respectively. The table is arranged in descending order of magnitude with respect to the impact measure. Thus Volta Region came third, Brong Ahafo (Bono, Ahafo and Bono East) fourth, Central fifth, Upper East sixth, Upper West seventh, Western (Western and Western North) eight, Ashanti ninth and Greater Accra tenth.

From Table 1.0, Eastern Region has the third largest population (10.68%) in the country. It is also one of the closest Regions to the Greater Accra Region, the epicenter of the pandemic, compared to the Northern Region which is over 600 kilometers away. On this basis, Eastern Region is expected to rank among the bottom three of the regions in terms of COVID-19 impact measurement. The remarkable results of the Eastern Region as the second best in terms of COVID-19 impact measurement is attributable, to a large extent, on the initiation of the root-based development (RBD) which facilitated a rare cooperation and collaboration between the traditional council, the two municipal assemblies and the root-based institutions (RBI) in the traditional area. Relentless efforts were made by these three institutions to check the spread of COVID-19 in the traditional area which reflected on the entire region.

The RBI members, who formed a volunteer group, disseminated the vital information on the need to observe COVID-19 safety protocols in their respective communities. They were also able to mobilise funds from citizens and residents in New Juaben which were used to purchase face masks and sanitizers that were distributed to the vulnerable and needy citizens in the various communities. Again, they managed to persuade the youth in the various communities, with assistance of the police, to stop all footballing activities which contribute to the spread of the disease and to observe the social distancing and other safety health protocols. They further visited the various Schools during the initial five days of re-opening on 29th June to educate them on the safety health protocols of COVID-19.

The Koforidua Technical University also produced hand sanitizers which were distributed freely to the inmates and officers of Koforidua Prisons and five transport unions operating in the Traditional Area as part of the University's corporate social responsibility.

Holding by far the largest concentration of population in the Eastern Region, the regional capital Koforidua is strategically located at the centre of six adjoining municipalities in the region with a current combined population of close to one million. The impact of COVID-19 in the traditional area thus automatically reflects on the region as a whole.

More Opinion
ModernGhana Links
Congratulations to our Bono Chiefs for these new appointments
Prioritizing Development To Achieve Greater Security
INTELAFRIQUE: The MMDCEs list, matters arising and the way forward for local government
Is President Mahama not undermining democracy?
The Increasing Level of Indiscipline in Ghana, a Threat to Peace and Development
Could Panyin be that woman?
The Need for Footbridge at Block Factory Junction in the Ga West Municipality
Promises Made: Promises Fulfilled: A Spotlight On The Member Of Parliament For The Damongo Constituency
The Hilla Limann Foundation Celebrates The 42nd Anniversary Of The 3rd Republic; A Dive Into History
TOP STORIES

Takoradi 'azaaa' woman still in custody as she fails to meet...
53 minutes ago