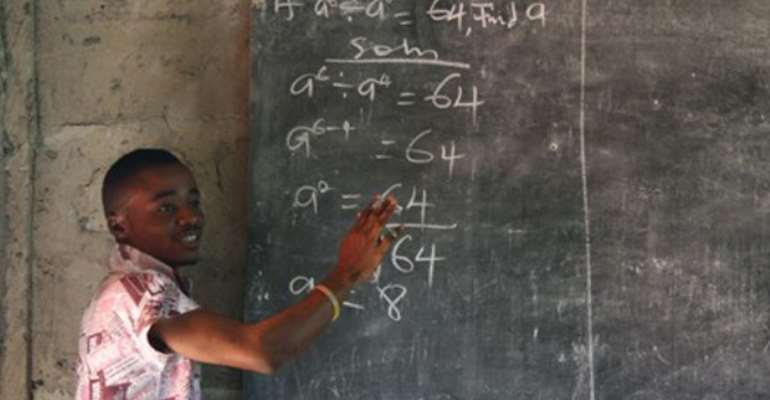 A total of 66,357 teaching and non-teaching staff have been employed in the pre-tertiary sector as of the end of 2019, the Minister of Education, Dr. Matthew Opoku Prempeh, has said.

“This brings the total to a staggering 93,724 employed by the end of this year for pre-tertiary. At the tertiary level, we have since 2017 recruited a total of 6,176 staff,” he disclosed in Parliament on Tuesday.

The minister, who was delivering a statement on the Floor of Parliament, stated, “There was a time in this country when under the three-month pay policy our hard-working teachers were paid only three months' salary, no matter how long they had worked since being engaged.

According to him, hitherto, the teacher promotion was a laborious, lengthy and expensive face-to-face interview process riddled with perceptions of corruption and victimization that was stuck in 20th century practices and procedures.

“We engaged the teacher unions and other stakeholders and eventually settled on an aptitude test for particular ranks of applicants. I'm pleased, Mr. Speaker, to report to this House that the maiden aptitude test for promotion has been a resounding success and teachers appreciate the relatively simple process now in place. That, Mr. Speaker, is competence!” he repeated.

The minister said contrary to the previous situation where it took months for promoted teachers to have their salary adjustments reflected, teachers who received their promotion letters in April 2020 saw the reflection of the adjustments in their May 2020 salaries.

He asserted that issues regarding teachers' conditions of service were being worked on, in conjunction with the National Teaching Council and Fair Wages Commission, and that the government would soon be able to resolve any outstanding challenges.

“Mr. Speaker, government's reforms in teacher education form part of a wider scope of reforms at all levels to ensure that our education delivery system meets the needs of a modern, 21st century economy that produces skilled, confident, competitive citizens to power its industrialization,” he pointed out.

“We will continue to engage with the teacher unions, student unions and other stakeholders on how to improve the image of the teaching profession, improve teacher education and training, as well as learning outcomes. Our vision of a 21st century teacher is a competent, skilled and professionally trained person equipped,” he added.

Nurses, teacher trainees who completed their training in 201...
1 minute ago