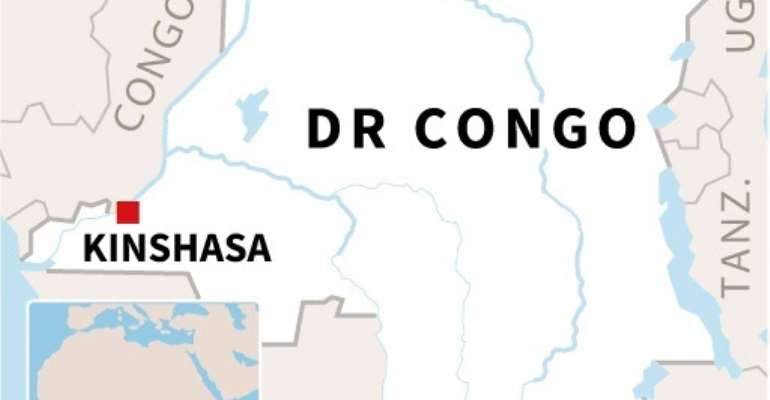 The east of Democratic Republic of Congo, a vast nation the size of continental western Europe, is a notoriously volatile region that has been overrun by armed groups for nearly three decades.

According to UN figures, 1,315 people were killed in the first half of 2020, more than triple the toll of 416 over the same period last year.

Here is a fact file:

Northeastern Ituri province, which accounts for around half of the deaths, was the theatre of a conflict between 1999 and 2003 among militias from the Lendu ethnic group, a predominantly farming community, and the Hema, made up of traders and herders.

The bloodshed, exacerbated by alleged support from neighbouring Uganda, claimed tens of thousands of lives until 2003 when Operation Artemis -- the European Union's first foreign military intervention -- brought it to an end.

The violence flared again in 2017, this time mainly at the hands of a Lendu militia called the Cooperative for the Development of Congo, or CODECO.

The army launched a crackdown last October, and UN investigators say the unrest spread into new areas after CODECO splintered following the killing of its main leader, Ngudjolo Duduko Justin, in March.

The province is struggling with multiple armed groups that are the legacy of the two Congo Wars of the 1990s that sucked in countries from around central and eastern Africa.

The most notorious of these is the Allied Democratic Forces (ADF), a mainly Muslim movement that originated in Uganda that was opposed to the rule of President Yoweri Museveni.

In 1995, it crossed the border into DR Congo, which became its base, and it has not carried out any known attacks in Uganda for years.

Since October 2014, the ADF has been blamed for more than 1,000 deaths in the Beni region alone.

It carried out a string of massacres after the army launched a crackdown in October 2019, causing hundreds of deaths.

Farther south, the Democratic Forces for the Liberation of Rwanda (FDLR) have regularly targeted civilians and the security forces, and were blamed for the deaths of a dozen rangers in the Virunga National Park in April.

The FDLR are Rwandan Hutu rebels, some of whose founders took part in the 1994 Rwandan genocide.

Violence in South Kivu province is concentrated in an enclave called Fizi, pitting Rwandan-speaking Tutsi Congolese, known as the Banyamulenge, against other local ethnic groups, the Babembe, Bafuliro and Banyindu.

Sixty-nine of those deaths were attributed to the Ngumino and Twigwaneho groups, linked to the Banyamulenge.

Armed groups associated with the other communities carried out summary killings of at least 44 people.

In July, armed men attacked the village of Fizi, which is perched on a high plateau overlooking Lake Tanganyika close to the border with Burundi and Rwanda. The toll diverges enormously, from 18 to 200 dead, reflecting the region's remoteness.

Conflict in the southeastern province of Tanganyika is largely between militias of the Twa, a Pygmy minority, and those of the Bantu majority.

Disputes are typically triggered over access to land and control of illegal mining.