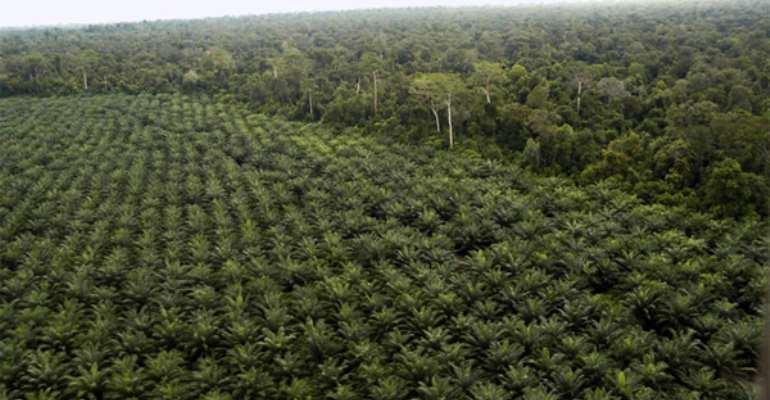 Questions have been raised over transparency in the disbursement of monies from the Ghana Forest Plantation Development Fund (GFPDF) set aside to regenerate forests being explored by timber companies in the country.

A study conducted by Taylor Crabbe Initiative and sponsored by Nature and Development Foundation (NDF), a Civil Society Organization (CSO), has revealed, there is lack of transparency and accountability to stakeholders regarding levies collected from timber firms and how they are put into forest plantation establishment.

The need for the study came from a lack of readily available information on the Ghana Forest Plantation Development Fund (GFPDF) and the Forestry Commission / Timber Industry Fund (FC/TIF).

According to Mr Clement Akapame of Taylor Crabbe Initiative;-, who spoke at a workshop to validate the findings, “the study found that there were no mechanisms in place to address stakeholders’ information needs about the Fund (GFPDF). This has translated into low awareness and limited access to the fund by its intended beneficiaries, as well as weak participation of stakeholders in the governance of the Fund, including stakeholders’ capacity to demand accountability.”

He said the study observed that the Fund administrators seemed not to have complied with the law which mandates the Board to publish information on its operations, categorically the eligibility criteria for disbursing the Fund.

There was very little knowledge of its operations and activities; the Board of the fund had no representatives from the Timber Industry or Forestry Commission (FC), the study disclosed.

It was also discovered that, stakeholders had no knowledge of the amount of money in the Fund as well as other sources of funding apart from the export levy. In contravention of the Act establishing the Fund, there has been no report received on its uses so far.

The study also found out that the fund has not been audited since its establishment in the year 2000 and neither has the Board ever published criteria for the disbursement of moneys, or an annual report.

Beside the above, another 1.5% export levy imposed on all timber export, is managed by the joint Forestry Commission-Timber Industry Committee.

The study revealed that the Forestry Commission/ Timber Industry Fund (FC/TIF), another source of funding meant for establishment and management of public forest plantations in degraded forest reserves, has been operating with more transparency.

Though it did not have statutory backing; it was established on the agreement of Industry and FC in 2010.

The Committee has produced Guidelines for disbursement of the Fund, thus ensuring accountability and traceability.

The study recommended that a legal framework be developed for the establishment and management of FC/TIF, whilst the laws be amended to require regular audit of the two funds and their publications.

It further called for more amendments to reconstitute the membership of the FPDF Board to include representatives from the Forestry Commission, Timber Industry and civil society.

It stressed the need to develop a legal framework for the regulation of Plantation development in Ghana.

The study and meeting is part of implementing the project, “Building the Capacities of Small-Medium Forest Enterprises (SMFEs) in Ghana and Liberia to supply and trade in legal timber” which is being funded by the UKaid under their forest Governance Market and Climate (FGMC) Programme.

Akufo-Addo's response to Aflao Chief was wrong; he must apol...
8 minutes ago

NIA suspends registration at GRA, RGD from October 25
10 minutes ago