Climate Emergency: The Time Is Now 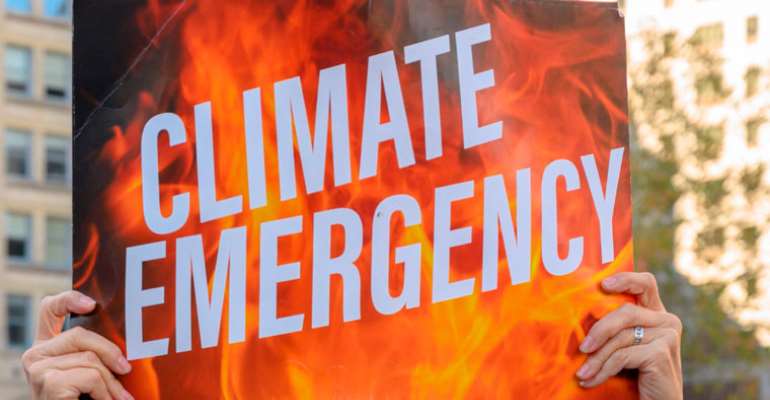 According to scientists, the greatest crisis humanity has ever faced is neither inequality, Coronavirus, Spanish flu nor discrimination, but the climate crisis. Scientists have long warned people of the devastating effects of climate change if the release of greenhouse gases into the atmosphere is not checked, but many consider the warnings as abstract.

According to the United Nations, the Earth is 1.1°C hotter than ever and it is approaching a tipping point of irreversible catastrophic effects. If the Earth reaches 2.0°C of heating, the intensified pollution alone is forecast to cause over 140 million deaths. If the Earth reaches 3.4°C of heating by 2100 - which is the current trajectory if we do not make drastic emission reductions - the impacts of climate change will threaten the lives and welfare of over 2 billion people.

The 1.1° rise in global average temperature is presently causing devastating heat waves, forest fires, extreme weather patterns, floods, and a rise in sea levels. On the 20th June 2020, the Artic recorded the highest temperature ever recorded - 101°F(38.333°C) - according to Forbes.com. The most vulnerable to this global canker are people from developing countries. Many economies in Africa depend primarily on agriculture, and it is disheartening to think of how these economies may go into states of eternal collapse, should the effects of climate crisis impact the globe. As little is been done to curb this threatening canker, the future of the youth around the world seems very insecure. Many people around the world have joined in seeking climate justice as many leaders have not realized the need to help solve this problem.

Many people around the world have been hospitalized due to respiratory diseases as air quality worsens when the globe warms. Research has also proven that Malaria cases keep increasing in many parts of the world. As temperatures get hotter, health hazards exacerbate. Hence, it will be no surprise when many epidemics may break in the future.

I get somewhat depressed when I think of the fact that the younger generation is going to bear the impacts of climate change, far more and far longer than adults. "Each day that we fail to act is the day that draws us near the day that we cannot do anything anymore. And this brings us to the fate that will resonate with the next generation forever." Antonio Guterres, General Secretary, U.N. General Assembly.

Barrack Obama also once said, "We are the generation that will be greatly affected by the climate crisis - if we do not do anything - and the last generation that can do something to curb this problem."

Climate crisis is not an abstract future threat. Hence, it is pivotal that we contribute our quota to solve this problem. The signs are undeniable.