Prophet In Custody For Sodomy 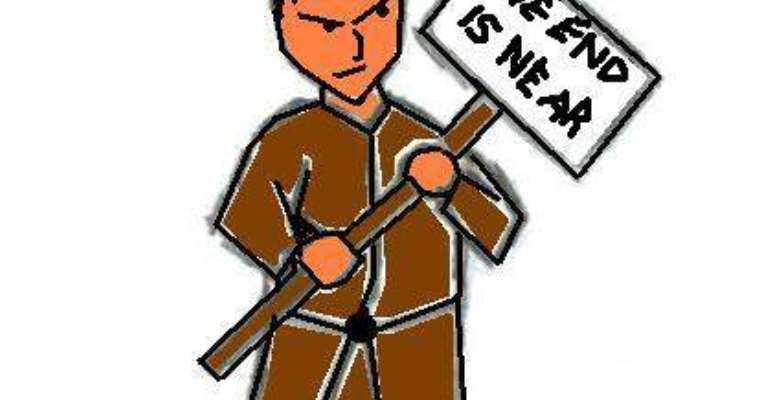 A self acclaimed prophet of the Church of Jesus at Dumse, near Dodowa in the Greater Accra Region, Emmanuel Agokpo who also doubles as the coach of the Odumasi Youth Football team, is facing a sodomy charge at the Dodowa District Magistrate Court.
One of his victims reported his conduct to his father who subsequently reported the matter to the Police.

Prosecuting, Chief Inspector Stephen Frimpong, told the court that, Emmanuel Agokpo, who claims to be a prophet of the Church of Jesus at Dumse and a football coach, went to Odumasi village and formed a football team.

He said, Agokpo who was active in all church programmes, and was able to reveal things from God to church members and cast out evil spirits from some of the members who were possessed started training the members of his football team.

According to the prosecutor, Agokpo organised matches for his team in the area.

Chief Inspector Frimpong said in July 2006, Agokpo organised camping for the team, in preparation for a match with a school in the area.

He also allegedly licked others.

After the acts, Agokpo allegedly warned the players not to reveal what he had done to anybody, and that if any one of them informed his parents the person will die.

According to the prosecutor, out of fear, the boys kept quiet. However, the cat was let out of the bag on July 29 leading to his arrest when he allegedly failed to give the boys their allowance. One of them out of anger reported to his father what he had done to them and yet refused to paythem their allowances.

Agokpo pleaded guilty to having unnatural canal knowledge of five out of the eight victims.

During the hearing of the case on Monday, August 14, the Judge, Mr. Yaw Twumasi-Ankrah asked Agokpo why he committed such a crime, but he said he did not know what prompted him to do that.

He was remanded into prison custody.

Government drinking from an empty calabash, debt forgiveness...
59 minutes ago