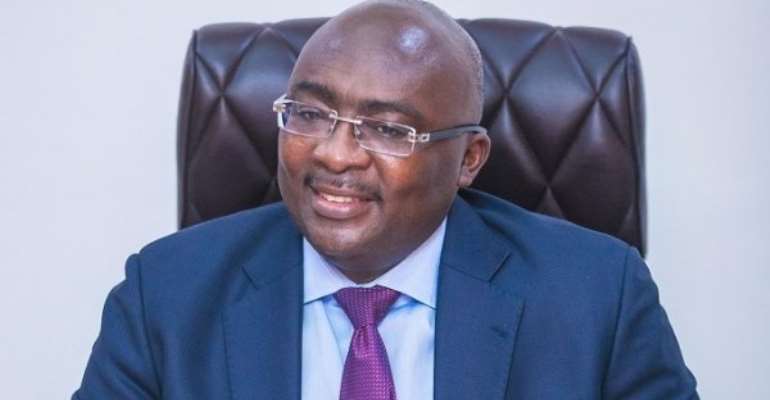 The move will allow Ghanaians to use their Ghana Card numbers to register their businesses and expected to shore up government revenue.

This is expected to commence from January 2021, which would increase the number of taxpayers from less than three million to 16 million.

Vice President Mahamudu Bawumia announced this when he addressed the delegates of the National Youth Wing of the New Patriotic Party in Accra.

Dr Bawumia added that the Government had secured US$ 200-million World Bank support to implement the Jobs and Skills Development programme.

The programme is expected to be implemented from now till the next five years, to improve the entrepreneurial skills and productivity of the Ghanaian youth.

The forum coincided with the celebration of the International Youth Day held on August 12 every year, to recognise the contributions of the youth towards national development efforts and to create awareness about their challenges with the ultimate objective of finding solutions to them.

Vice President Bawumia enumerated some initiatives rolled out by the Akufo-Addo's government to formalise the economy including National Digital Property Addressing System, issuance of the National Identification Cards (Ghana Card), Mobile Money Interoperability Payment System, measures underway to integrate the databases of the NIA and Births and Deaths Registry and other state agencies for easy accessibility of information.

The National Chairman of the NPP Mr Freddie Blay urged the party youth not be distracted by the " "propaganda promises" by the NDC's flag bearer but should remain focused and campaign vigorously across the nook and cranny of the country to retain the party in power.

"Leverage on your energies, strengths, and creativity by adopting innovative campaign strategies to win more votes for the Party", he advised.

The Chief of Staff, Madam Akosua Osei Frema Opare, entreated the party youth to remain united and fight with a common front to retain power in the general election.

She acknowledged the hard work and enormous contributions of the NPP Youth Wing over the past years and urged them not to rest on their oars but rather work even harder in this year's electioneering.

Sammy Awuku, NPP National Organiser urged the Youth Wing of the Party to widen the one million vote margin recorded in the 2016 Presidential Election.

To achieve that feat, he said, the Party must work hard to win more than 800,000 of the two million new voters captured in the just ended voter registration exercise.

Mr Henry Nana Boakye, the NPP National Youth Organiser, acknowledged the efforts of the Party's Leadership and Government's contributions towards their activities and enhancing their capacity.

He, however, called for more support to enhance their work, especially by using social media platforms to reach out to the grassroots.

He gave the assurance that the Youth Wing of the Party would mobilize and leverage on innovative strategies to win more votes for the party.