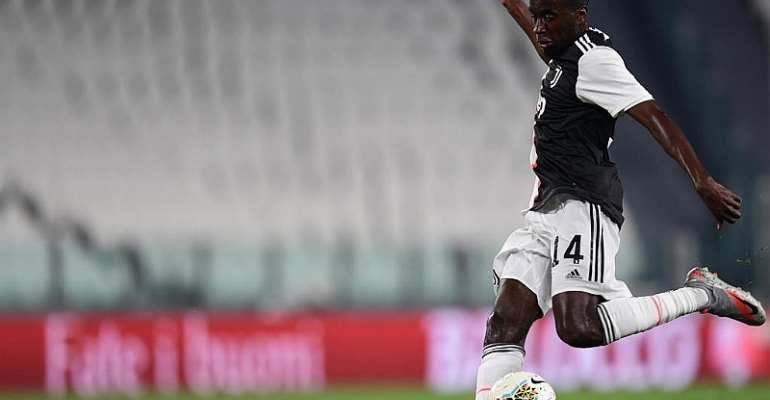 Matuidi, 33, left the Turin giants by mutual consent to link up with his former Paris Saint-Germain teammate David Beckham - who was nicknamed Becks during his playing days.

"I made my decision a few weeks ago to join Inter Miami, rise to my friend David Beckham's challenge and win new trophies there," Matuidi wrote on Twitter.

Tribute
A Juventus statement on Thursday hailed Matuidi for his doughtiness in more than 130 games over his three seasons in Italy.

"It was, above all, his substance in the midline that made the difference, and which made him a player much loved by the Juventus fans: for his determination, for his grit and for his ability to never give up.

"And it is because of all these characteristics, and for the great commitment he has always put in place with us, that we thank him.

"Blaise is someone who will always be in our hearts and we wish him all the very best for the future. Merci, Blaise!"

Matuidi, who was at PSG between 2011 and 2017, played with Beckham during the 2013 season just before the former England skipper retired from football.

"I couldn't be happier to welcome my friend Blaise to Inter Miami,” said Beckham who set up the team in the United States with three partners in 2018.

Honour
“He is an exciting and gifted player and a great person. To have a World Cup winner of Blaise's quality in our new team is such a proud moment - for us as owners and for our fans.

"For me personally, to have a former teammate joining our club is very special and I can't wait to welcome him and his beautiful family to South Florida.”

Matuidi won three Serie A titles, one Italian Cup and the Italian Super Cup at Juventus. He hoisted four Ligue 1 titles during his time at PSG as well as three French Cups, four League Cups and three French Super Cups.

"Blaise is one of the most successful midfielders of his generation and we're thrilled to have him at Inter Miami," added Paul McDonough, Inter Miami's sporting director. "His world-class quality and leadership will be key attributes for the club.”

Latest Photo Reports
Catch up with all the political quotes from our politicians.
Advertise here
More Europe
ModernGhana Links
Former president Nicolas Sarkozy to provide testimony in polling fraud case
No one got out of the Batalan untouched - not even the survivors
French feminists take on Miss France beauty pageant for discrimination
Fuel hike headache for Macron as ministers vote on 2022 budget
PSG v RB Leipzig: Messi is settled in and ready to fire, says Pochettino
Former inmate who exposed torture in Russian jail seeks asylum in France
Macron's bid to reform French justice system a load of 'froth', say magistrates
Russia cuts diplomatic ties with NATO as relations with bloc plunge to new low
UK minister wants to 'correct' rulings by the European Court of Human Rights
TOP STORIES