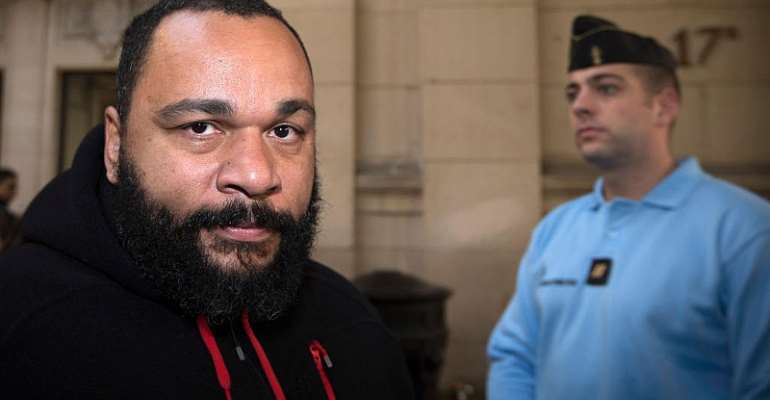 In a move that follows the controversial comedian's ban from YouTube, Facebook and Instagram platforms, the video sharing TikTok app has now banned Dieudonné from its site.

"Dieudonne's account has been removed from the platform," a spokesman for TikTok told AFP without revealing the reasoning behind the ban this Wednesday.

Dieudonne, 54, is a convicted anti-Semite, often speaking out against the “Zionist lobby” that he says rules the world. His long 'rap sheet' includes condoning terrorism and hate speech— he was convicted for the latter in November 2019, fined €9,000 for insulting Jews.

And he was also sentenced to two years in prison for money laundering and tax fraud last year.

The standup comedian has a large following in France's disadvantaged suburbs, too.

Dieudonné M'Bala M'Bala, his birth name, says his right to free speech has been muzzled.

Meanwhile, the French government has repeatedly attempted to shut down his shows, especially after he began using the “quenelle”, a hand gesture that is close to a Nazi salute.

France's head of anti-discrimination head Frederic Potier was satisfied with TikTok's decision, asking Twitter, “What are you waiting for?”