Christianity And The World: Our Christian Moral Values On Sensitive Issues 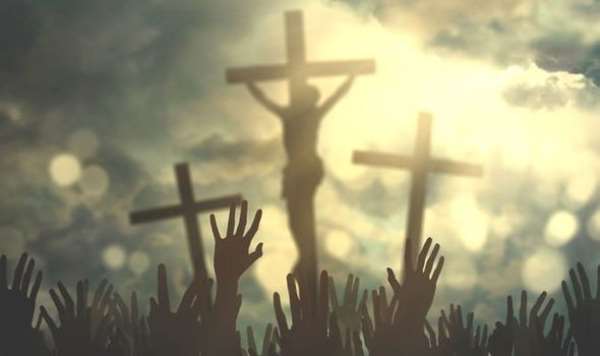 “Religion and Good morals are the only solid foundation of public liberty and happiness.” - Samuel Adams

In this our generation, growing up as a Christian apologetic has been one of the toughest adventures in life. My Christian journey is like that of Ancient Philosopher Socrates: always asking questions and probing further into existing ideas for truth. As a boy, my mum always advised me not to accept facts without probing further logically and experimentally to prove its true meaning. But applying this kind of lifestyle to my Christian faith sometimes proves futile, but the best way of learning is always asking questions. Jesus Christ, the Son of the Living God is a master of questions. He expertly digs down deeply into reality to produce both self and God-awareness in others. According to theologians and historians, Jesus asked about 307 questions in the gospel; Luke 18:19, Luke 18:35-41, John 4:7, John 5:6, etc. At age 12, Jesus remained behind in Jerusalem while walking with his parents just to sit with the teachers of the law at the temple courts asking question. Are we more like Jesus when it comes to asking questions and providing outstanding answers to the big questions?

Our Christian moral values bridge with the habit of asking questions could show the nature of God, Our Father to the world. But the true nature of our worldview and the window to which worldview we really hold can be shown by how we respond to the key ethical controversies of our generation. Some of these include; abortion, racism, adultery(which is our topic of discussion), poverty, natural evil and sexuality issues in general. In our response to such controversial ethical issues, we must always remember to hate sin(the act) and love the sinner(the person in the act). Also remember that God created all things good. Evil is just an intruder into creation and not part of God’s ultimate plan or nature. Yet I know some Christians fail to consider scriptures when addressing such sensitive issues. But in attempt of considering these issues, let’s first ask the question “What does the Bible say?” But in this article we would like to understand what the bible says about Adultery?

Most people understand what adultery is even if we masquerade behind pretenses. We all understand how relationship, marriage can be destroyed by adultery. How then can we love an adulteress? There is a passage in John’s Gospel; Jesus and the woman taken in adultery(John 7:53 – 8:11) often called the Pericope Adultarae. In this passage, Jesus was tested by the Pharisees to entrap him in a dilemma. But according to the Old Testament death is fixed as the penalty of adultery. Jesus response to adultery is very fascinating, full of wisdom. Jesus stood and said to the accusers(Pharisees and Scribes) ”He who is without sin among you, let him throw a stone at her first.” Jesus did not condemn the woman(adulteress) but instructed her to go and sin no more. Most modern Christians are fond of condemning sinners, instead of them to love unconditionally and hate none. But if we profess to be the light of the world then it’s our core mandate to turn every darkness into light but not to judge according to appearance. (John 7:24).

As Christians we need preaching the message of hope but not of hatred, love unconditionally and be mindful of our words and actions. Our message to adulteress should not be of condemnation but to share with them the message about how Jesus opened a way out of sin for all of us (Hebrews 4:15-16). Telling them that the momentary pleasures of adultery soon pass but the word of God stands forever. Amen

God is my Helper.