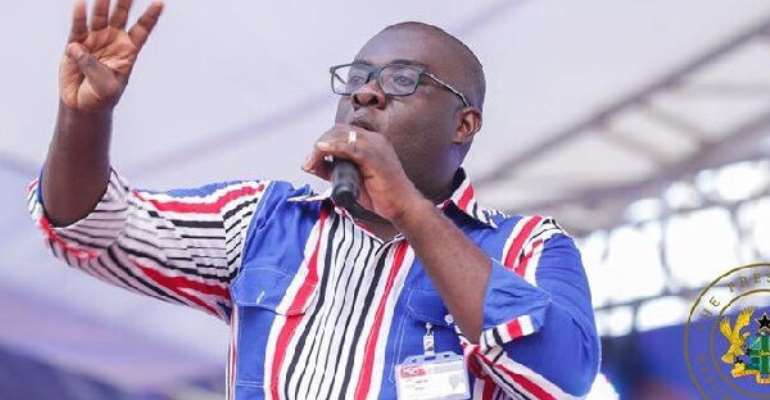 Sammi Awuku, the National Organiser of the ruling New Patriotic Party (NPP) has taken a swipe at former President John Dramani Mahama who is seeking re-election in the upcoming December 7 elections.

The NPP's grassroots mobiliser said the former President lacked the balls to face the daunting challenges of the economy when he became President for eight years.

According to him, it took the braveness and economic prowess of President Akufo-Addo and the NPP to patch the economy and put it back on the wheels of progress and development.

He urges Ghanaians never to entrust their future in the hands of Mr. Mahama who has been tried and tested as the most incompetent president in the political history of Ghana.

Sammi Awuku indicated that Mr Mahama cannot be remembered with nostalgia except running the country in hand to the IMF when the economy was begging to survive under his administration.

Sammi Awuku is currently addressing the media at Alisa Hostel on who is a Ghanaian.

I lied that you contracted covid-19, you didn’t also chop co...
34 minutes ago