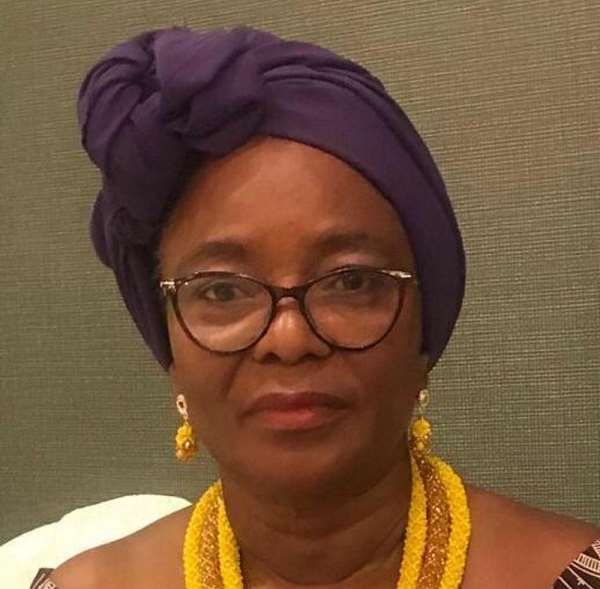 “Her mind was as free as a nimble bird, and she insisted that her students think outside the box on all occasions. But she was also positively bullish, and innately resistant to behaviors that represented oppression, or subjugation of the mind or the spirit. Any time she confronted such negative behaviors, the lion in her would roar!”

I spoke to Doris a little over a week before she breathed her last. I had not been in touch with her in a while so I texted her in my usual expressive, boyish manner, hoping she would pamper me again as was the tradition of our exchanges.

But when I received no response from her, I texted her again, for it was not in her nature to ignore my notifications. I was positively stubborn in my dealings with her, for she was like a doting mother to me, a spoilt, old child. I ran to her each time I was in need of any form of reassurance or upliftment of mind or spirit. And this was precisely the subject of my communication, which turned out to be our last encounter.

This time she responded, again and again, insinuating how unwell she had been, how relentlessly she had been battling breast cancer, and hoping to overcome this demon again like she did a couple of years ago, when this enemy of God first manifested against her body in ferocity and violence.

The tables were now turned, and I became the giver of hope, for I encouraged her to keep her trust in God, trust in his healing balm and await deliverance from Mount Zion. For I was confident she would soon leave her sick bed. If anyone had the grit and spirit to overcome this affliction, it got to be Doris.

But like many others before her, Doris succumbed to the disease, and now nothing but tears fill my eyes upon the remembrance of one of the closest professional friends and mentors I ever had.

I met Doris Yaa Dartey during my student days at the University of Ghana’s School of Communication Studies. She had returned to Ghana from the United States where she sojourned for many years. Her determination to give something back to this country inspired her return to the land of her birth to take up a teaching appointment at the School.

It was clear Doris was a unique breed of the female specie, for she presented her lessons in an interactive, free-for all, all inclusive, exuberantly buoyant style that was not only quite breathtaking, but represented her personality and doctrine of life.

Her mind was as free as a nimble bird, and she insisted that her students think outside the box on all occasions. But she was also positively bullish, and innately resistant to behaviors that represented oppression, or subjugation of the mind or body in any form. Any time she confronted such negative behaviors, the lion in her would roar!

Doris was a bubble of life, determination, spirit, fight, and all that is admirable in resilient, expressive, confident, self-made women. It was impossible to notice in her the very quintessential academic and professional, who not only accommodated and over-indulged her students, but treated them as equals and friends.

Doris and I teamed up to do a few projects together ─ the student and his mentor sharing a common professional platform as co-equals! Such extravagances of illogicality exist only in the liberal world of the late Dr. Doris Yaa Dartey!

“Irreplaceable,” that’s who you are! Your addition to the company of heaven should bring no small titillation to that company.

This is what Akufo-Addo and US Vice President Kamala Harris ...
55 minutes ago