Hope in sight for couples split by coronavirus travel restrictions 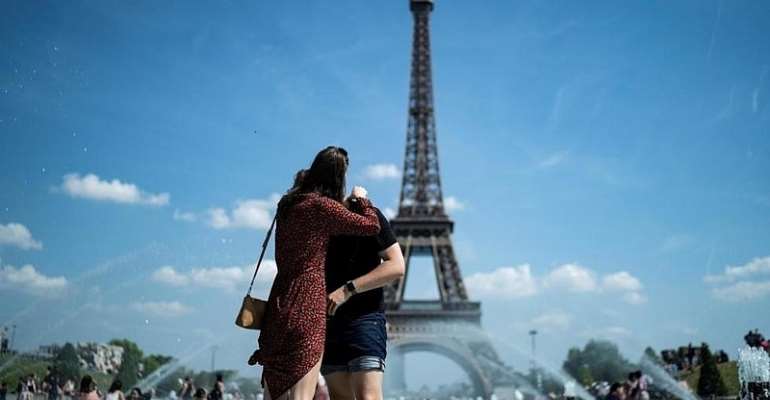 Closed borders have taken a toll on long distance relationships, but governments around the world are beginning to understand that love is essential, with countries like France introducing measures to reunite cross-border couples.

"This virus doesn't like love. We do," the minister in charge of tourism at the French foreign ministry, Jean-Baptiste Lemoyne, told Le Journal du Dimanche newspaper on Sunday.

Lemoyne was responding to criticism from unmarried couples who have been separated from their respective partners for months on end due to the coronavirus pandemic.

Non-essential travel to the European Union remains prohibited from a number of countries, including the United States, with exceptions for EU citizens, residents and their families.

But couples lacking official paperwork to prove their relationship were kept apart.

Love on the agenda
Over the past few weeks, these desperate lovers have set up online Facebook groups such as “Love is Not Tourism” and “Couples Separated by Travel Bans,” to petition governments to allow the reunification of binational couples and families, including short-term visits.

After an agonising wait, governments are starting to take their plight seriously.

On Sunday, France became the latest country after Denmark and Germany to announce measures to allow separated couples to be together again.

"After speaking with the Love Is Not Tourism movement, we have decided to set up a special procedure," said French minister Lemoyne.

The new procedure will allow unmarried couples to apply for a pass at their local consulate to permit their partner entry into France.

Eligibility rules
To be eligible, they must provide documents proving their relationship, such as their identity documents, proof of residence in France for the French partner, travel tickets and evidence of their common activities.

Lemoyne said the procedure would allow "these couples to finally be able to meet again. Because their separation has lasted too long."

For women like Marie Sauerbrei, the wait is likely to continue. The German national posted a letter of refusal on Twitter from the French consulate in Los Angeles, explaining that her trip to France was "non-essential", partly given the difficulty of proving the nationality of her French partner.

Politician Anne Genetet, who has been advocating for the reunion of binational couples, said the position of France was "undefendable".

EU pressure
Other people have complained about the lack of uniformity among France's different consulates in applying the new special procedure, with some consulates applying the rules as they see fit.

France and other EU countries are under pressure from the European Commission to end many couples' torment.

On Friday, the commission urged all EU countries to allow the entry of unmarried partners of EU citizens and residents into the EU without delay.

In theory, member states can choose to allow unmarried partners in documented relationships to enter the EU, but in practice, few do so.

Germany, which holds the rotating EU presidency, has sent a questionnaire quizzing the 27 member states on their policy.