Kwesi Pratt Jnr Blasts Professor Lumumba, He's A "Fluff" And A Person Of No Substance 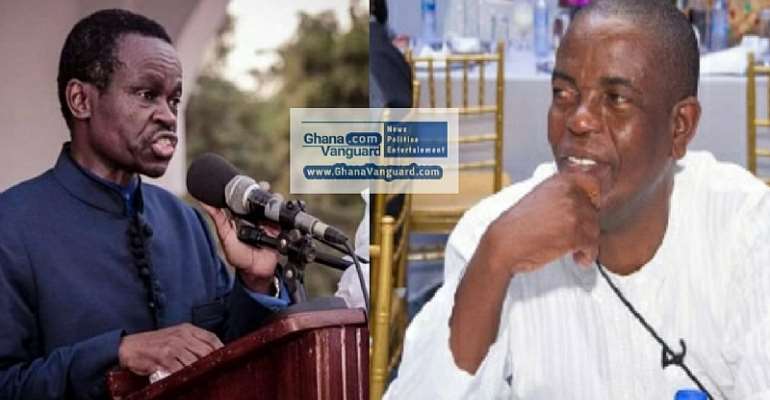 Veteran journalist and Managing Editor of The Insight Newspaper, Kwesi Pratt Jnr has descended on a Kenyan based Pan Africanist and academic, Professor Patrick L.O Lumumba for recognizing President Akufo Addo as a great leader.

Prof. Lumumba while speaking on Asaase radio's Sunday Night show on Sunday, August 9, 2020 mentioned President Akufo Addo as one of the African leaders who would serve in his [Lumumber] cabinet if United States of Africa is to be a reality.

However, Prof. Lumumba's comment did not sound well to Kwesi Pratt who himself is a Pan Africanist.

Speaking on Good Morning Africa morning show on Pan African TV today, August 13, Kwesi Pratt said he has been listening to Prof. Lumumba over the years and realized he is always inconsistent with his ideologies.

He added that something could be wrong with the professor.

"I have been listening to this Prof. Lumumba over a number of years and what I found in him is ideological inconsistencies", Kwesi Pratt said.

According to the veteran journalist, if Lumumba who portrays himself at times as Nkrumahist says President Akufo Addo, a person who is bent on discrediting Dr Kwame Nkrumah is great; then something is wrong with him.

Kwesi Pratt labelled the 58-year-old Director of Kenya School of Law, Prof. Lumumba as fluff and a person of absolutely no substance.

Alhaji Inusah Fuseini, Member of Parliament for Tamale Central Constituency who was a co-panellist on the show added that he does not see Prof. Lumumba as a Pan Africanist but a Motivational Speaker as most of the statements he has been making of late does not reflect a person who believes in the Pan African ideology.

"I want every Okada driver to be a billionaire" — ‘CODA Dri...
2 minutes ago