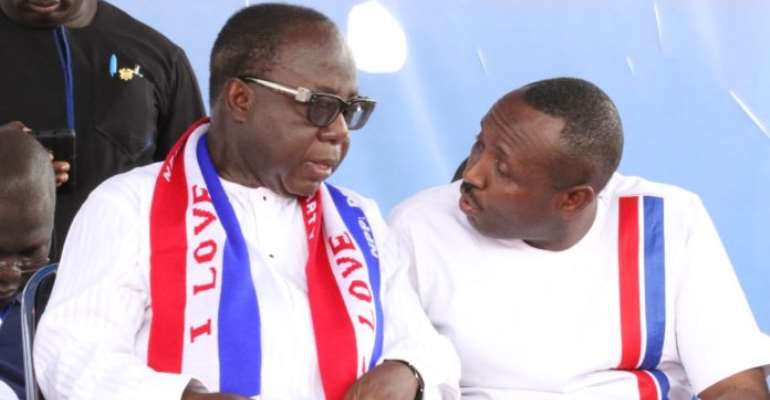 His suspension follows a petition filed by the constituency’s Council of Elders over what it described as acts of misconduct being perpetuated by him.

Chairman of the Awutu Senya West NPP Council of Elders, Baffuor Odiatuo Ofori Acheampong, who filed the petition, was of the view that there was no cooperation between the chairman and other executives.

He said in spite of invitations they extended to Mr. Amoansah to appear before the Council of Elders to resolve all allegations leveled against him through phone calls, WhatsApp messages, normal text messages, and a letter, he failed to appear.

As a result, the Council said it was left with no choice than to petition the regional executives to suspend him.

The petitioners also said as part of their case that Mr. Amoansah had created factions in the party which they see as a threat to the NPP’s chances in the 2020 elections.

Mr. Ofori Acheampong has cautioned executives and Members of Parliament to desist from acts of indiscipline and arrogance at the party.

I lied that you contracted covid-19, you didn’t also chop co...
1 minute ago