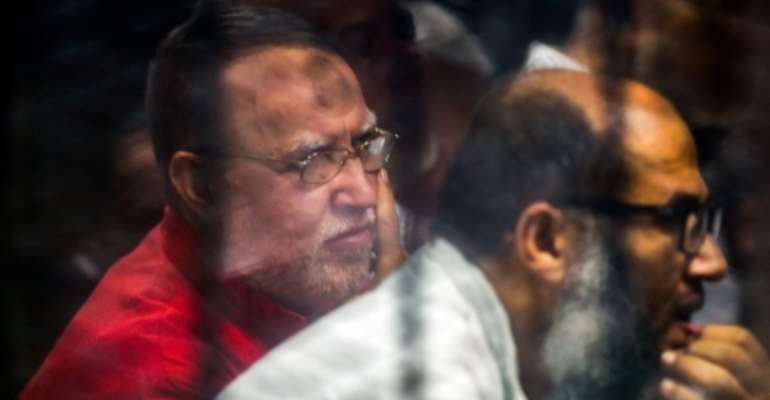 A senior leader of the outlawed Muslim Brotherhood died Thursday in an Egyptian prison where he was serving multiple sentences including on terror-related charges, his lawyer said.

Essam al-Erian, 66, was arrested in 2013 following the army's ouster of Islamist president Mohamed Morsi on the back of mass protests against his brief rule.

"The authorities notified me of his death, and I informed his family to arrange for receiving his body (for burial)," lawyer Abdelmoneim Abdelmaqsood told AFP.

"It was a natural death," he added.

Egyptian media reported that Erian died of a heart attack following an argument with a fellow inmate.

Erian was the vice president of the Brotherhood's political wing, the now-dissolved Freedom and Justice party.

He was sentenced in multiple cases on charges including incitement to violence, murder and espionage.

According to Abdelmaqsood, the cases brought against Erian carried sentences amounting to "a total of 150 years" in prison.

Since Morsi's overthrow, the authorities have cracked down on the Muslim Brotherhood's rank and file, jailing thousands of members and supporters.

They have also blacklisted the Brotherhood as a terrorist organisation.

But the Islamist group has consistently denied any link to violence.

Authorities placed Erian on their terror blacklist, a designation that has allowed them to freeze his assets.

Morsi himself died in custody in June 2019, after falling ill during a court hearing.