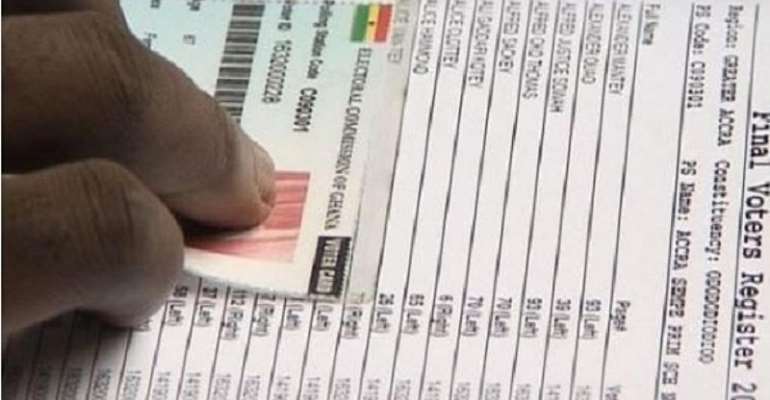 The Director of Elections of the governing New Patriotic Party Gary Nimako says the party feels vindicated by the outcome of the recently ended voter’s registration exercise.

According to him, figures recorded in the various regions after the exercise has shown that the old register compiled in 2012 was faulty and unfit for elections.

“At this stage, the position of the NPP has been vindicated. We [NPP] had held the position that our 2012 register had some defects and wasn’t fit for purpose. The NPP will always make sure that the laws work so if there are minors and foreigners on our register, the laws must be applied,” he told Morning Starr Thursday.

It comes after the EC announced that close to 17 million Ghanaians have registered for the December polls.

A total of 16.9million citizens were registered by the Electoral Commission during the 38-day voter registration exercise to put together a new voter’s register.

The total number, which exceeded the Commission’s 15 million eligible voters’ target by 1.9 million, was also slightly higher than the 16.8 million in the old register. A little breakdown shows that the new register captured 1.3 million first-time voters.

Describing the exercise as successful, the Commission attributed the success partly to the effective voter registration kits which averagely registered 150 voters per day; but in some instances, the kits registered as high as 280 voters per day. Out of the 16.9 million there are 600,000 more women than men, with a breakdown showing 8.8 million women as against 8.2 million men.