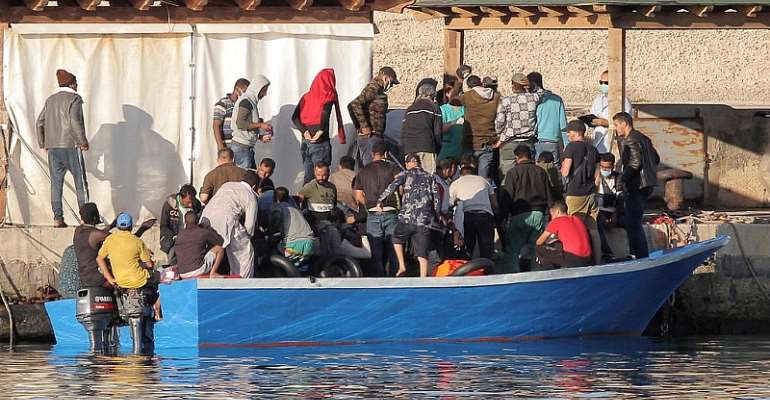 Italians refer to it as the “time bomb” when discussing the thousands of young men who every day attempt to cross the Mediterranean from Tunisia on boats to reach Italian shores in search of a better life. Social malaise and the lack of a viable future gives many no other choice than to choose the path of migration. In some parts of Tunisia unemployment has reached 35% as the country experiences its worst recession since its independence in 1956.

The latest boat headed to Italy, with 18 Tunisians on board, was blocked by the Tunisian coast guard on Tuesday night off the coat of Djerba. For Italy, the multiple arrivals on a daily basis, have to be stopped at all costs because it just is unable to cope with such an influx. Concerned with the mounting number of undocumented arrivals from Tunisia in recent weeks, Italy quickly held a number of meetings with Tunisian authorities to urgently address the problem.

Foreign Minister Luigi Di Maio went as far as threatening to suspend €6.6 million of cooperation funds for Tunisia's development, already earmarked by Italy, unless the Tunisian government took immediate and significant measures to rein in the departures.

As the situation and numbers grew out of hand at the end of July, Italy's Interior Minister Luciana Lamorgese flew to Tunis to requests the stepping of controls along the Tunisian coastline and a resumption of the twice-weekly repatriation flights that were taking place prior to the Covid-19 lockdown in Italy.

Repatriation flights in place
Twice weekly charter flights of up to 80 illegal economic migrants resumed this week on Mondays and Thursday from Italy to Tunisia. The flights are part of an already existing Italian-Tunisian agreement that had to be put on hold during Italy's lockdown over Covid-19.

In addition, following the pressure applied by the Italian Foreign Ministry, Tunisia last week announced that it would increase patrol teams with surveillance along its coastline and search teams in order to stem illegal migration towards Italy.

Health concerns come to the fore
More than 4,000 Tunisians have arrived in Italy since the start of this year and adding to being unable to accommodate these economic migrants, which Lamorgese said have no right to stay, Italy also has health concerns due to coronavirus.

Italian authorities are now testing all migrants who arrive on its shores for the virus and have deployed ships off the coast of Sicily and Calabria, where migrants can isolate. After their 14-day quarantine, the migrants will move to a variety of reception centres all over Italy.

With the spike in arrivals in July, reception centers in the south of Italy have been under intense pressure. In Pozzallo, in the south of Sicily, a number of migrants recently fled the centre and in the tiny island of Lampedusa, constantly dealing with the migrant emergency, the centre is constantly having to accommodate many more migrants than its maximum capacity.