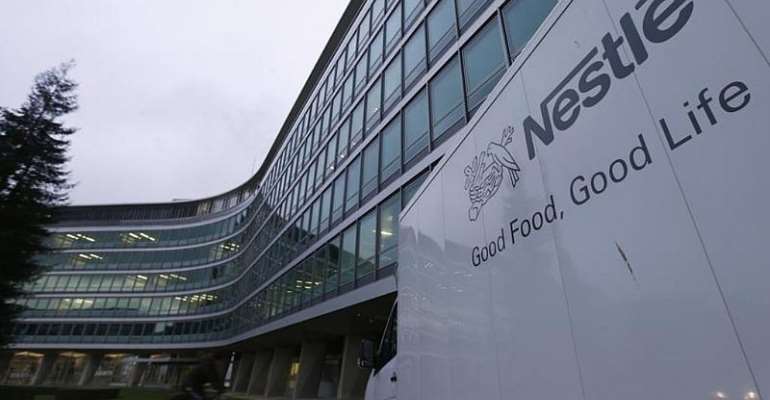 The fishing federation of Ardennes, in the east of France, is to take legal action against food giant Nestlé over pollution in a local river at the weekend. Volunteers helped collect thousands of fish that were found dead due to the lack of oxygen in the water.

The fishing federation of Ardennes announced on Wednesday that a complaint had been filed against Nestlé following the discovery of thousands of dead fish in the Aisne river around 50 kilometres from Reims, in the east of France.

The police in the town of Challerange said in an initial statement that the deaths were caused by reduced oxygen levels in the water.

The president of the federation Michel Adam said Nestlé had infringed on article 432.2 of the environmental code.

Biological sludge
The Ardennes area is well known for its 'green tourism'. Its splendid forests, rivers and lakes attract a number of tourists every year.

The Nestlé factory in Challerage, which makes powdered milk confirmed that there had been a spill of "biological sludge, not containing chemical products," coming from its filtering station on Sunday evening.

"I've been with the federation for 40 years and I've never seen pollution this bad," he said, adding that the damage would be worth several thousands of euros.

"Everything is dead in an area seven kilometres long and 30 metres wide," he said.

"We have three tons of dead fish. On top of that, there are 14 protected species which have been affected such as the eel or lampern."

10 years to make up lost fish population
Daniel Drivière, president of the Challerange fishing club, classified the incident as a "catastrophe," saying that that "some of the dead fish were a metre and a half long."

He estimates it will probably take around 10 years to get the numbers of fish up to previous levels.

"As soon as the problem was identified at around 11pm on Sunday, we immediately stopped production, which in turn stopped the leak," said Nestlé site director Tony do Rio in a statement.

"This leak was a one-off, and lasted less than three hours," he went on, adding that the factory had been shut down for several days.

Nestlé has since apologised for the spill.
Since Tuesday, voluntary fishermen, locals and fire fighters have been collecting the dead fish and evacuating the remaining fish.

"We must collect as many fish as possible to avoid any health concerns linked to the rotting of the fish," Adam said.

The police said a barrage had been set up to contain the spill which is currently being analysed by environmental scientists for the presence of chemicals or bacteria.

Although no new fish deaths were reported on Wednesday, police said all water activities in the area would be suspended until further notice.

Some MMDCEs will be approved in December because of controve...
38 minutes ago