Suppressing The Voice Of The King Maker? 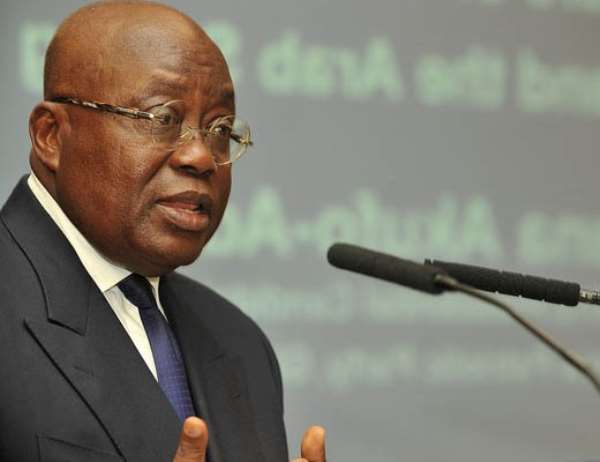 On my final leg of the countdown to the 2020 December 7 elections, it is my wish to present some mathematical facts to my fellow brothers, sisters. fathers and mothers of the Volta Region (Amuga Nutome) to be considered and to guide them before they decide how to use their mighty thumb wisely.

My heart bleeds when I turn to history to recollect how the Volta land have been considered all these long, being part (Region) of Ghana, yet the people are treated or called non Ghanaians.

I first would like to remind the humble and tolerant people of the Volta as we are noted for, how the VOLTA REGION became part and the King Maker of Ghana.

A king maker is always hated because he has the single power to ordain the one to be king. The dislikes will shower hate on him. That’s the problem with the Ewes. Voltarians have always had a role to play in every Government that has since ruled the nation Ghana. I will keep it short because it’s an open book for all to read and understand.

Towards, during and after the Scramble for Africa by the wicked European powers that the powerless Africans couldn’t resist and stood helpless to be cut into pieces in every sphere with no consideration whatsoever by the hungry so called civilized European occupying forces seeking food in Africa, created the problems of today that brought about the African cultural separation and disintegration.

To me, the most senseless denigration of the black race coupled with the slavery that the Continent went and have since been going through is the division brought on her with the senseless demarcation of the African landscape by the so called European power houses with no considerations whatsoever to their cultural intergration

The Embodiment Of Ewes On The Ghanaian Land Map.

Volta Region as it was, stretching from Kulungugu in the Upper East Region to the sea of Keta, has been one entity with the land called German Togoland until 1918 when Germany lost the First World War that the German colonies in Africa were seized, to be divided among the victor powers and put under Trusteeship of the League of Nations in 1921.

Call it as you want, the profound number nine (9) as Ewes are referred to, never begged to be part of Ghana rather was persuaded to move along with Ghana without any limitations paving the way for every Voltarian to have the right to be part of the decision making in whichever matter that comes to arise in the affairs of Ghana.

Today as we can see and hear abundantly with tribal bigots like the Akyem Mafia President, Voltarians are being denied the right to decide who they are and where they should live..

The Ghana Armed Forces have been deployed all over the Region to prevent them from exercising their civil rights and Constitutional provisions to get registered into the new Voter Roll to participate in the upcoming December 7, general elections because they are the Kingmaker's to decide who the President Of Ghana will be.

That notwithstanding, all over the country, Voltarians are being prevented and brutalized some with deaths and injuries only for a dictatorial President to come on national television to deny any knowledge of such happenings in the country. How cruel can a man be?

Long before Ghana’s Independence, there were some sections of Voltarians who agitated never to be part of the emerging Ghana. This can be read in the Statement by Dr. R. Armattoe, (Representative of the Joint Togoland Youth Congress) to the Fourth UN Committee at it’s 367th meeting on 17th November 1953 which clearly stated that Trans-Volta Togoland as it was called then, wanted Independence not integration into the emerging Self-Rule of the colony of Gold Coast (Now Ghana.)

Shortly after that, he was poisoned and killed. Rumors had it that he was silenced because of his agitation to make Trans-Volta Togoland a Self Governing State out of Ghana.

The agitations for Volta's Independence did not go with his death as was envisaged. Rather, others emerged after him still demanding that Volta can’t be part of Ghana. One of such people in recent times is Papavi Hogbedetor. He came out with a peaceful agenda in the name of The Homeland Study Group Foundation which is duly registered by the Registrar General's Department of Ghana to operate lawfully.

So far successive Governments of Ghana never saw the need for a peaceful way of solving the matter, instead turning to suppression as a tool to silence their voices.

The Danger That Lies Ahead.

In nature, not everybody is born with the same mindset. Today Papavi Hogbedetor may be agitating for peaceful means to solve the many years old problem which Voltarians have come to accept. He will not live forever to push his peaceful idea through. A more radical leader may emerge after his demise and will see no reason to continue with the peace stand of Papavi. That leader might take to the guns to achieve his aim as it’s happening in the Cameroun and have happened in Sudan and other countries.

Will it be worth for any blood of a Ghanaian or that of a Voltarian to be spilled for something which is destined after all to be achieved through any means? Why can’t we reason for common sense to prevail?

The Government must know that the recent past Voters register exercise have polarized the atmosphere in the country more than before and that people will stand their toes down for whatever mindset that will be presented to them. The problem here is if the NPP Government and it’s functionaries continue to tag Ewes in particular and Voltarians in general as Togolese and none Ghanaians, why then still these thugs continue to deny them the right to go to where they belong? Is it not senseless telling a child you don’t belong to me and yet still preventing that same child from climbing over the wall to meet the father?

The earlier the Government and any other must come out with tangible reasons to solve this issue, the better for peace to prevail and to avoid any bloodshed.

A word to the wise they always say is enough.