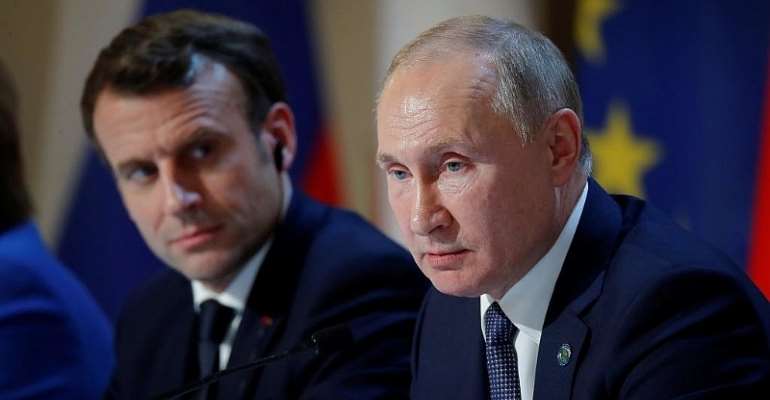 French President Emmanuel Macron has expressed concern about the situation in Belarus in a phone call with Russian leader Vladimir Putin. Macron condemned violence against protesters after one man was confirmed dead Wednesday during clashes over Sunday's disputed presidential poll.

Macron told Putin he was "very worried about the situation in Belarus and the violence that citizens have faced during the elections," the Elysee said in a statement.

"He emphasized the need to find again the path of dialogue."

The ex-Soviet state has been wracked by nights of protests since strongman President Alexander Lukashenko was declared the winner of Sunday's disputed election in a landslide victory.

His opponents accuse him of rigging the election against his main rival, massively popular opposition candidate Svetlana Tikhanovskaya, who has since fled the country for her safety.

The EU and US have strongly condemned the ensuing crackdown that has seen hundreds detained in often brutal circumstances.

Listen to the people
The Belarusian Investigative Committee said in a statement that a 25-year-old man died after he was detained on Sunday for taking part in illegal protests in the southeastern city of Gomel and sentenced to 10 days in prison.

The United Nations human rights chief Michelle Bachelet on Wednesday added her voice to the growing calls for calm, urging police to refrain from excessive force.

"I remind the Belarusian authorities that the use of force during protests should always be exceptional and a measure of last resort" Bachelet said in a statement, while adding that people's complaints must be heard.

Her comments came as hundreds of women marched in the capital, Minsk, to condemn the violence, holding flowers in the air and chanting slogans.

Russian, Chinese backing
Putin, along with Chinese President Xi Jinping, was one of the few key world leaders to congratulate Lukashenko after the poll.

Lukashenko, who has been in power since 1994, dismissed the demonstrators as "people with a criminal past who are now unemployed" and told them to get jobs.

The protest movement arose in support of Tikhanovskaya, a 37-year-old political novice who ran for president after potential opposition candidates, including her husband were jailed.

EU foreign ministers are set to discuss Belarus at an extraordinary meeting on Friday.