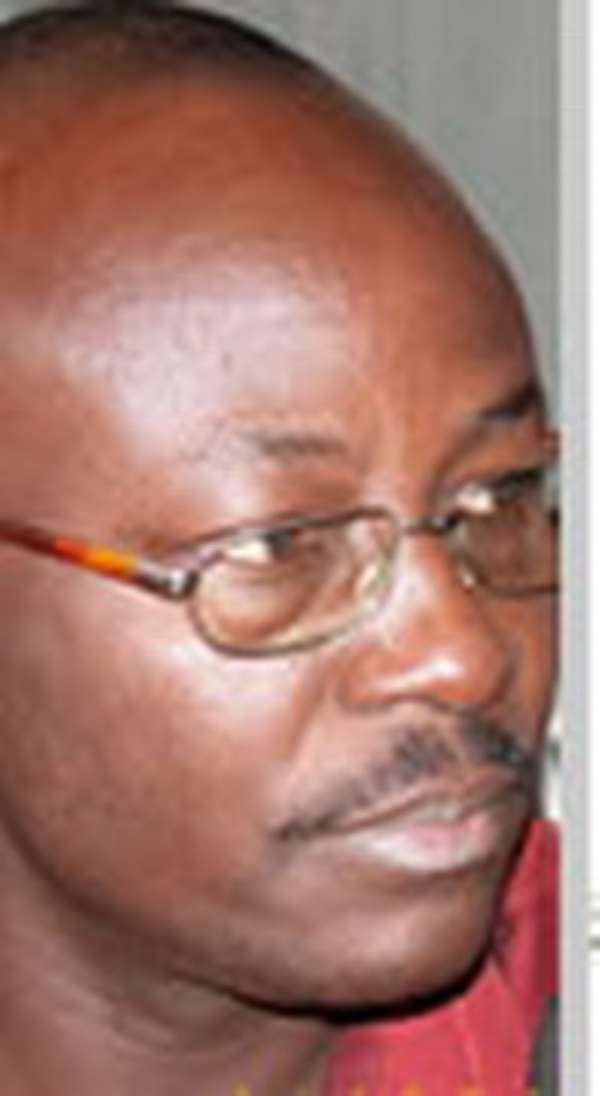 THE GENERAL Secretary of the New Patriotic Party (NPP), Nana Ohene-Ntow, has strongly built a propaganda war to give reprieve to President John Agyekum Kufuor over his comment on the cocaine menace in the country.

According to him, the President was justified in hitting at the elements within the National Democratic Congress (NDC) and the party because of the negative or smear campaigns engaged by the NDC against government.

To him, it was untenable that the NDC continued to smear the NPP with cocaine palaver and describe the NPP as the "Narcotic Peoples Party".

He mentioned NDC Members of Parliament such as Haruna Iddrisu, Minority Spokesperson on Communication, as individuals including Mr. Rojo Mettle Nunoo who smeared the NPP.

"The President was setting the records right," he explained. "In fact, I will advise him that he should strongly inspire the party members to help reduce the unnecessary attacks on the party."

Nana Ohene-Ntow, a known 'darling boy' of the President's, who received various flaks from the public for what they described as "an unfortunate statement", mounted the defence in the media yesterday.

The NPP's chief scribe dismissed the assertions that President Kufuor had prejudiced the work of the fact-finding commission by accusing the NDC and its members.

"He never accused anybody; he said if people want to link the current cocaine issue with any political party if people want to play partisan politics of it and turned round to smear the party, there was the need to set the records right. But he put his statement in a particular contest," he defended.

He also said, "I don't think the President should be misunderstood. He as the leader of the party and the President of Republic of Ghana has the right to comment on the issues of public interest."

He added that when the NPP MP for Nkoranza North was arrested, most of the NDC members painted NPP as a party of drug dealers.

Mr. Kufuor last Saturday broke his silence over the cocaine menace that had rocked the nation and took a swipe at the NDC and its officials.

He did not mince words about Rojo Mettle Nunoo, Prof. Mills' Communications Director in the 2004 elections.

He said, "This was the man who once said he can smell an elephant about to but now, the new propagandists are saying, this is not a party matter?

Asking about the nature of the factory and what they would distribute, President Kufuor said "NPP is a party of the people, a party of the future", charging the Regional Executives to hold themselves together and help keep off the propagandist.

Explaining the shortcut of jubilation of the Millennium Challenge Account, he said it was unfortunate that their return from Washington was met with the cocaine scandal to the extent that the opposition parties gathered ammunition to describe the NPP as "Narcotic Peoples Party."

Hear President Kufuor, who is always referred to by party echelons as the 'Gentle Giant', "We must not allow our opponents who have been masters of propaganda to soil our image.

"Anytime something good is coming to Ghana, our opponents somehow find a way to foment trouble and put a bad image on the good things.

"There is a Member of Parliament who has been arrested in the US of America. I am not saying that he is guilty or not but the person is an individual," justifying the NPP's position on Eric Amoateng's issue.

Mr. Kufuor, who described his generation as the luckiest, maintained further that, "We are all witnesses in this country, when the person was arrested and even before he was put on trial in that country, our opponents propagandists picked the issue and described us a cocaine party etc.

"Now we know the people who have brought cocaine into this country. It is not the NPP!

"It is somebody who was the Campaign Manager of a presidential candidate of a major political party".

Nana Ohene-Ntow, who virtually re-echoed the sentiments of the President, which has been the cause of the discussions in the country, asked about the kind of the presidency Prof. John Evans Atta Mills, would run if he had won the presidential race with Rojo as his special adviser who was a consultant to the alleged drug barons.